Children's Advocate disagrees with age of consent being lowered to 14 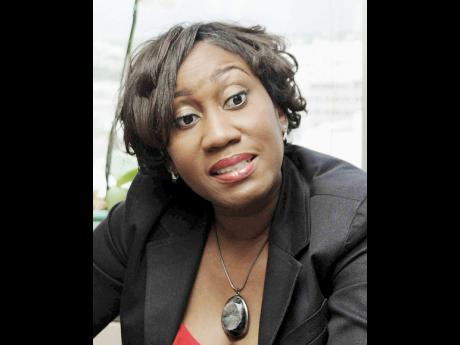 Diahann Gordon Harrison, the children's advocate, says she disagrees with the notion of having the age of consent in Jamaica being decreased to 14 years old, restating her position that it should, in fact, be increased to age 18.

Some Jamaicans, including the writer of a letter to the editor, published in The Gleaner on June 6, are pushing for the lowering of the age of consent. The author of the letter urged legislators to appreciate that it was universally accepted that females, on average, by natural law, were matured to bear children at age 14 and that is why the age of consent was fixed at 14 initially.

He also noted that legislators, perhaps oblivious of the reason why the age of consent had been fixed at 14, moved it to 16 to make criminals of boys, girls and adults.

But Gordon Harrison, restating her position that it should be pushed further up, to 18 years old, said, "Towards the end of last year ... in about November to December, I made a series of submissions to the Joint Select Committee of Parliament, looking at several acts, including the Sexual Offences Act. Certainly, my submission to them then, as it is now, is that, in fact, the age of consent should be increased from 16, where it is now, to 18. My view is that once we put safeguards in the law that prevent children from being criminalised, if it is that they happen to be having sexual connections with each other, then we need to also have increased protection for our children who are being exploited and abused by older members of society."

She continued, "We are seeing children who are 17 and 16 years old being involved in sexually abusive relationships, both with grown men and women, and if we are serious about child protection, then the law needs to send a very strong indication of that."