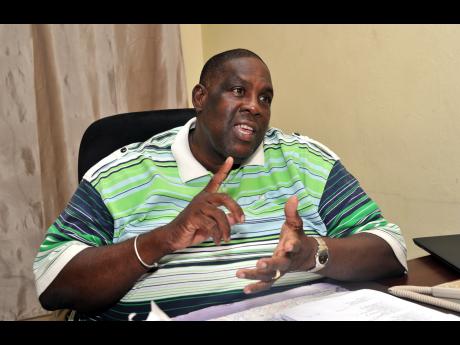 A day after she was again listed as a person-of-interest by the Kingston Western Police, Deborah Golding, a longtime associate of drug kingpin Christopher 'Dudus' Coke, lashed out at the police, complaining that their actions amount to harassment.

Golding, the woman more popularly known as 'Foxy Brown', believes she is being targeted because of her ties to Coke and said she is now planning to seek the assistance of local human-rights groups to bring an end to it.

"I am the victim here. Why they keep on harassing my name," a furious Golding told The Gleaner. "My hands are clean, my heart is clean ... . I want them to stop harassing me."

She added: "Can you imagine my kids at work and hear dem parent's name on radio every minute about these kinds of things. I am no less a person than anybody else that every minute they have to drag my name through the mud," she protested.

On Tuesday, the Kingston Western Police released a list of 47 persons who were either wanted for murder and other serious crimes across the division or who investigators are treating as persons-of-interest.

Golding was among five persons with ties to Coke who were included on the list and asked to report to the police by yesterday morning.

By mid-afternoon yesterday, Senior Superintendent Cornwall 'Bigga' Ford, who heads the police division, confirmed that four members of the Coke clan - Leighton 'Livity' Coke, Javien Coke, Lancaster Coke, more popularly known as 'Bomber T' and Lester Coke, more popularly known as 'Tico' - were among 15 persons who had turned themselves in to investigators.

The identities of the others were not released.

Charging that those individuals listed as persons-of-interest are believed to be influencing the recent flare-up of violence in the city's west end, Ford used an analogy to explain the decision to include Golding and members of the Coke clan on the list.

"The simplest analogy I can use is that I am the superintendent in charge of western Kingston. If my staff go outside and misbehave I will be held responsible, right?" Ford sought to explain.

"If the violence is between Denham Town and Tivoli [Gardens] you have to look at the leadership on both sides," he continued.

However, by late yesterday, Ford told The Gleaner that Golding was interviewed and released.

*Earlier versions of this story referred to Deborah Golding as the longtime companion/girlfriend of Christopher 'Dudus' Coke. She was in fact connected to his brother, Mark Coke.