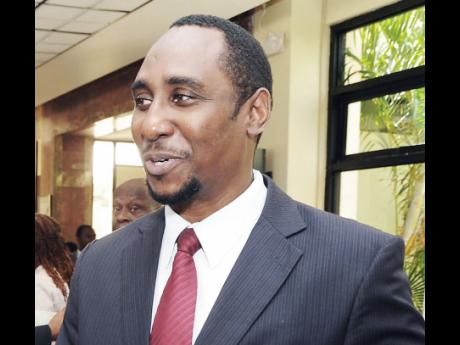 Ricardo Makyn
Oneil Grant: "We need to see that there is a light at the end of the tunnel and not sacrificing for six years."

Public sector leader Oneil Grant said yesterday that workers are "very cognisant" that the International Monetary Fund (IMF) agreement is very instrumental to Jamaica but stressed that they cannot be expected to go home and "just look" at their children.

"We need to see that there is a light at the end of the tunnel and not sacrificing for six years," said Grant who heads the Jamaica Civil Service Association (JCSA).

The union, which is a part of the Jamaica Confederation of Trade Unions (JCTU) yesterday stayed away from a meeting at the Ministry of Finance to continue discussions around a new wage agreement for the 2015/2016 contract period. Grant said that Tuesday's address to the nation by finance minister Dr Peter Phillips has poisoned the water and that it is difficult to continue the negotiations in light of the minister's declaration that a better wage offer cannot be put on the table.

"They (workers) are going to tell us that we are now defending government and they may run us out of town. That is the difficulty that we have now," Grant said yesterday.

The Government started the negotiations offering five per cent over the two years and has since moved it up to seven per cent, but the workers, who have not received an increase since 2010, said that is not enough.

Grant said that public sector workers have seen a decline in their spending power of up to 40 per cent since 2010, and argued that if members of the private sector were experiencing the same thing they would be clamouring for an adjustment.

In a thinly-veiled hook at the Private Sector Organisation of Jamaica (PSOJ), which has urged workers to hold strain, Grant said it has not hesitated to raise its voice to protect its own interest.

"I see where the Government has said that the registration fee for certain business is to be moved from $50 to $2,500 and the hue and cry I hear coming from the private sector is so great that I am wondering to myself if we are living in the same country," Grant said.

The JCSA head said that the leadership of public sector unions have been indicating to the ministry of finance creative approaches to the whole wage issue.

"We feel that if we are able to get some consensus on those then the membership generally would want to consider it generally," Grant said.

While not giving details of the proposal, Grant said that it "might not impact the wage bill but might impact aspect of expenditure of government and those are the kinds of creative things we have put to the ministry we hope that they will consider".

Dismissed and denied justice at the Supreme Court? - JCSA helping fired employee fight to get his job back
Grant: Preserve workers' rights or else - JCSA president warns of labour unrest
Clarke: I am not from Pharaoh’s bloodstock – Finance Minister vows to transform public sector through consultation