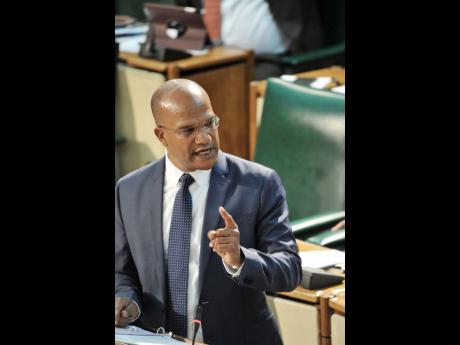 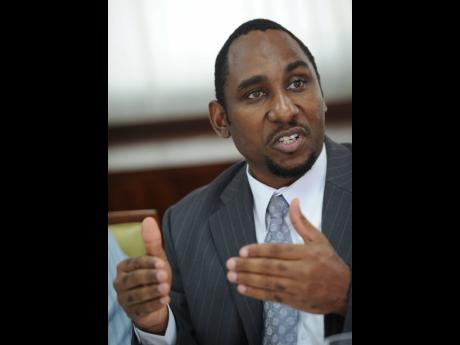 Disappointed by the levels of fines being imposed by the court on public servants who flout the Corruption (Prevention) Act, David Grey, the Corruption Prevention Commission (CPC) executive director, said that it is probably time for errant persons to be hit with the full extent of prescribed penalties.

"The law prescribes a maximum penalty for the offence, and maybe it is time to look at the level of fines being imposed because it does not have a deterrent effect," Grey told The Gleaner.

National Security Minister Peter Bunting, during a recent parliamentary committee meeting, described the punishment imposed for failure to report as a "slap on the wrist".

Under the Corruption Prevention Act, any person who, without reasonable cause, fails to furnish the CPC with a statutory declaration shall be guilty of an offence. That crime attracts a penalty of up to $200,000 before a resident magistrate's court or jail time of up to two years.

"Fines are judicially imposed, that is the prerogative of the judge. What we have seen is fines of $10,000, and $5,000 per declaration and admonition and discharge in respect of some. If it is that the act prescribes a maximum fine of $200,000 which would give the deterrent effect, and probably because of the quantum of fines being imposed, the declarants don't see it as a deterrent," Grey said.

The CPC's 2013-2014 annual report tabled in the House of Representatives recently indicates that of the 34,579 declarations that should have been filed in the period under review, less than half were filed. In fact, 18,361 declarations were not filed, bringing the total delinquency since 2003 to 108,254 or 40 per cent of the 268,623 declarations due over the period.

An amazing 99 per cent of the 1,032 employees within Tax Administration Jamaica who should file declarations failed to do so, a delinquency record which is only matched by employees of the ministry of education where only 31 of the 4,589 filed declarations.

The report indicates that some 348 declarants have been taken to court since 2002 , with a total fine of $4.45 million levied on them at an average of just under $13,000 per declarant.

The vast majority of those hauled before the courts are police. Some 238 of them have been found guilty of failing to file statutory declaration leading to a total fine of $2.5 million being imposed.

Oneil Grant, president of the Jamaica Civil Service Association (JCSA), argued that in addition to a lack of education among public sector workers about the fact that they should be filing declarations; the $2 million threshold is too low.

"Some people are just not aware that they are required to file," said Grant, adding that the level of non-compliance would be fodder for persons who see the public sector as corrupt.

"There is that perception that is there that people are inherently trying to avoid declaring things because they have things to hide. I would not agree with it necessarily. Compliance in Jamaica for anything, if you are not very proactive and chase people down, people don't really comply unless they are forced to comply," Grant said.

"We would move (the threshold for reporting) to about $3.5 million based on where the economy is. When the law was passed first, the $2-million threshold would have been somebody who is in the very senior ranks," he said. "Now that things have changed you find that people who are not in those categories are being asked to file which is going to be a burden on the system because the threshold is too low. Most of the people who are under $3 million are not really the decision makers or will be in a position to influence transactions."

Grant added: "You find that people who have no real authority are being asked to file declarations when they don't operate in sensitive posts such as in Customs, police and certain areas that are susceptible to corruption. They are basically desk bound and have no real interaction with the public. Those are some of the things that are burdening the system," he said.

Grey said he agreed with the argument for the threshold to be moved to $3.5 million, saying that the upward adjustment would capture workers who were the target of the legislation when it was passed in 2002.