Whatever happened to Roselle's falls? 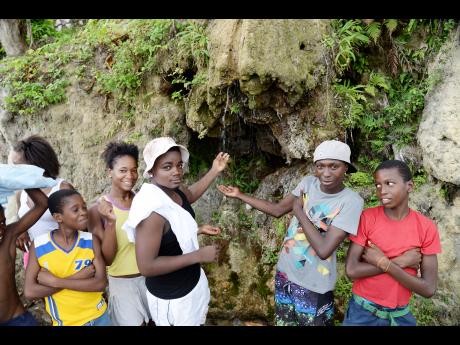 Jermaine Barnaby
These youngsters are dying for the return of Roselle Falls. Here they wait for the trickle to evolve into a gush on June 1. But the trickle, too, is gone. 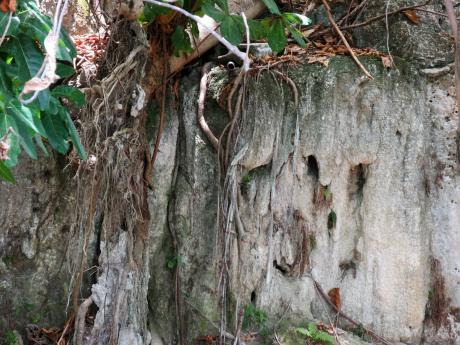 Paul H Williams
A section of the rocks over which Roselle Falls' used to flow, June 1. 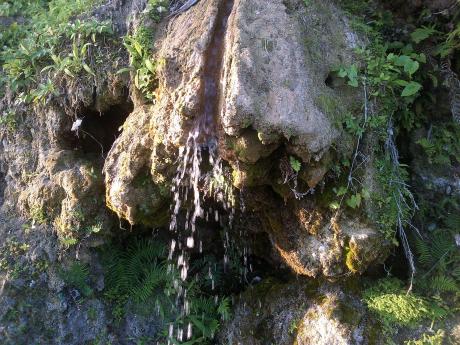 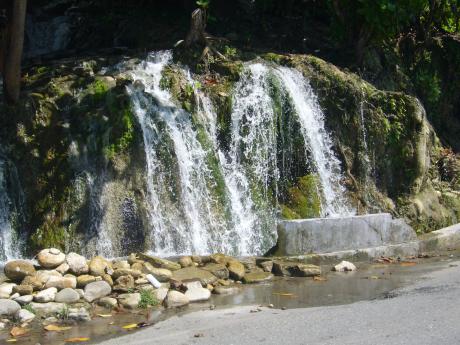 It was romanticised, it is talked about, it was a magnet that pulled people from all over eastern Jamaica to its sparkling embrace from decades.

It evolved into a social destination, a public shower if you will. But Roselle Falls in St Thomas has disappeared since early this year, leaving many people in melancholy.

They want back the falls, and when The Gleaner visited on June 1, there were some youngsters around a trickle, waiting for it to suddenly burst into a gush. And they are perhaps still waiting to tell those who are travelling from far, "Sorry, but you have wasted your time."

So, what really happened to the gem on the bend? The Gleaner has been asking that question of local people for weeks. Two main responses were given: the water has gone underground; and some farmers have diverted the water for irrigation purposes.

There was even talk of the involvement of 'the big man', but the big man's name they dared not utter.

Not satisfied with these unsubstantiated 'theories', The Gleaner went in search of the authoritative source, pun intended, to find the truth.

At the Water Resources Authority in St Andrew, Basil Fernandez, the managing director, said he, too, has heard that Roselle Falls was no longer tumbling over the rocks on to the road, and that persons had diverted the water to their farms.

He said his technicians have walked along the entire source of the Roselle River to see whether there was a diversion of the waters, as that would be a breach of the Water Resources Act.

The technicians have reported that there is no diversion of water in the upper section of the river, and that the entire river has dried up. This drying-up, Fernandez said, may be attributed to a number of serious droughts over the past few years, as the country seems to be going through a dry cycle.

There seems to be an "expanded El NiÒo taking place", Fernandez said.

"We think that what has happened to Roselle is that Roselle drains a small limestone aquifer (water table) and over the years you had had droughts, and rainfall came after, but the rainfall is insufficient to sustain the storage inside the limestone aquifer ... . We think that Roselle has just dried up because there has not been sufficient rain to replenish the aquifer itself and to maintain the flow of the river," Fernandez said.

And could cutting down of trees in the region be compromising the situation? Because, as reported some weeks ago by The Gleaner, St Thomas is undergoing rapid deforestation as more people are resorting to fire coal production to eke out a living. Clearing of land for farming purposes is another major reason for the cutting down of trees.

Fernandez said there is data from the Water Resources Authority to say people have been cutting down trees in the region, but Jamaicans need to understand that the cutting down of trees may have a number of negative impacts, mainly, the activity exposes bare surface to higher temperature, which leads to an increase in evapotranspiration from the soil.

The soil is also exposed to erosion as the water runs off it and does not go into the aquifer.

In essence, the cutting down of trees is "deleterious to good water resources management. The removal of trees may be a factor, Fernandez said, but the authority has not gone out to confirm any decline in forest cover.

Fernandez said he has seen Roselle Falls go through low-volume periods before, but has never seen it dry.

The last time he said a technician visited the region was on May 21, and it was still dry. The regulating, research, monitoring and licensing authority said its technicians would be seen going back to check the status of the falls.