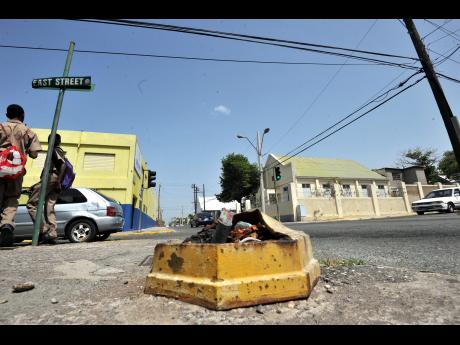 Norman Grindley
The stop light is missing at the intersection of East and Charles streets in Kingston. 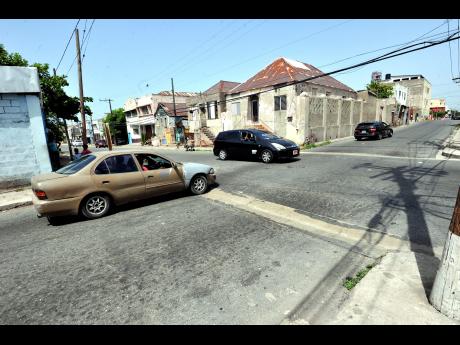 Norman Grindley
There are no one-way or stop signs at the intersection of Church and Charles streets in Kingston. 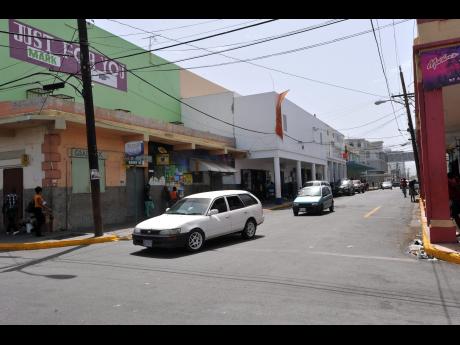 Norman Grindley
The intersection of Barry and Orange streets, where there are no street signs. 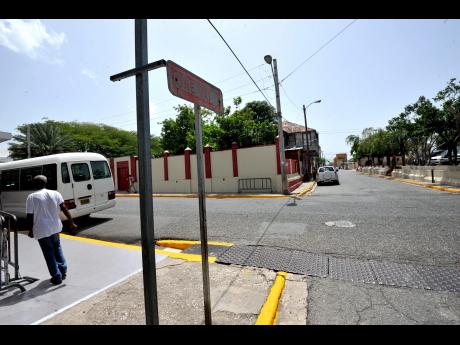 Norman Grindley
The stop sign is missing at the intersection of Beeston and Duke streets near Gordon House in Kingston. 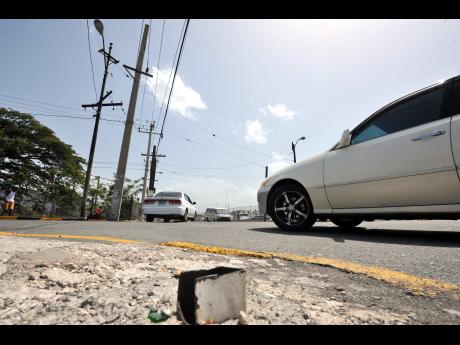 Norman Grindley
This piece of metal is the only reminder of a stop sign that was once erected at this four-way stop, at the intersection of Pechon and Barry streets in Kingston. 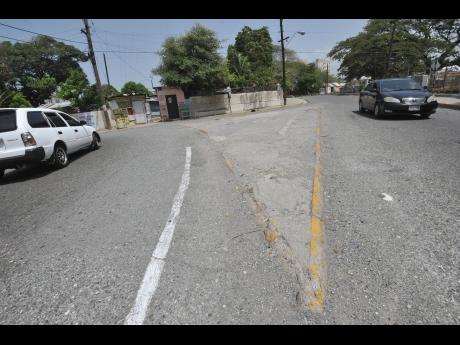 Norman Grindley
A keep-left sign is missing from North and Charles streets in Kingston.
1
2
3
4
5
6

The National Works Agency (NWA) is being plagued by what it has described as increased incidents of vandalism of road signs across the island.

Senior communications officer at the NWA Colin Morrison indicated that the problem has been most noticeable in Portmore, St Catherine, since the start of the year. The agency had reported that between 2012 and 2014, some 36 of these signs were stolen in the municipality.

Speaking with The Gleaner, Kenute Hare, director of the Road Safety Unit (RSU), described the situation as 'a serious problem'.

"We have a serious problem in this country as it relates to vandalism, so we have to be continually replacing these signs, and members of the public need to leave these signs alone," he said.

Hare also highlighted the cost associated with replacing the signs and other road fixtures.

"You would have seen along certain corridors, for example, if you looked on Washington Boulevard, the bridge rails have been removed and these things we have to procure with valuable foreign exchange because you have to buy them overseas," he added.

He reminded members of the public that vandalism of road signs is a criminal offence, and said, "I would really love for persons out there, where they see these things being vandalised, to just call the police because these things have to be replaced, and we at the Road Safety Unit and the National Works Agency can't just say that they are stolen. We have to replace them because we don't want anyone to be harmed because of a lack of signage," he said.

Colin Morrison affirmed that the NWA was committed to maintaining the road signs and indicated that the agency had been sending out teams to replace and secure the signs.

The efforts to replace road signs close to schools will gain more attention during the back-to-school season, according to Hare.

"The Road Safety Unit and the National Works Agency are collaborating for the UN Global Road Safety Week which focuses on child safety, and we are looking to ensure that all schools have the necessary road-safety signs and gadgets," he said.