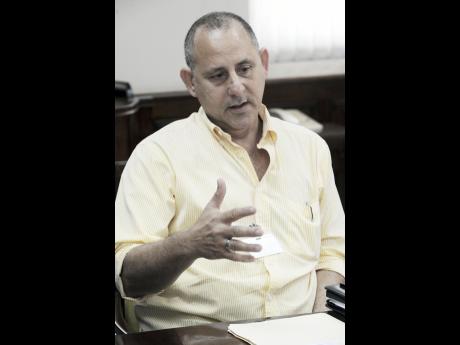 Slashing the excessive taxes on building materials while significantly cutting the waiting time for approvals from the regulatory agencies and utility companies could go a far way in stimulating the economy through the housing sector suggests businessman John Mahfood.

Mahfood told The Gleaner that the impact of heavy taxation on the construction sector, coupled with oppressive interest rates are, in fact, pushing affordable housing out of the reach of many Jamaicans and putting the investments of many developers at risk.

"The thing is that 30 per cent of the cost of a house is taxes," Mahfood said.

In disaggregating the tax taken from the housing sector, Mahfood noted that building materials attract 16.5 per cent general consumption tax, import duties, as well as transfer tax and stamp duties.

Mahfood explained that one of his family's businesses, H. Mahfood & Sons Limited, which he described as small builders, had completed a 29-unit housing development in St Thomas priced at $7.9 million each, which could have been more realistically sold in the range of $5 million were it not for all the different taxes and other costs, such as interest on loans.

Mahfood insisted that with the construction industry now at a standstill, the Government is not likely to collect much by way of taxes unless there is a deliberate effort to stimulate the sector. He said that the stimulus could be implemented within the strictures of the extended fund facility agreement with the International Money Fund (IMF).

"The Government is constrained by the IMF in what it can do ... . In other words, the Government can't go out and build roads or spend a lot of money to put people to work. We know that the NHT [National Housing Trust] has money to spend, but very few people can access that money. So if we can bring the prices down so that people can now access the mortgages to buy the houses, then we may have maybe 5,000 or 10,000 people who can buy these houses. The developers would be in a position to build those houses because they are able to sell it at a cheaper price," Mahfood reasoned.

Sharon Ffolkes Abraham, state minister in the industry ministry, admitted to the need for a re-boost of the construction industry but suggested that Jamaica may not be able to afford tax breaks because of its current agreement with the IMF.

"I'm glad that an IMF representative is here because I think that, with the difficulties we face, it's important that they understand that, if there is any assistance or leverage, they can understand where to give it, so, in fact, we can grow more," Ffolkes Abraham said.

She said alleviation of taxes can boost the economy and put more money into the national coffers.

Meanwhile, Bert van Selm, IMF resident representative to Jamaica, was also non-committal, but welcomed the opportunity to get out of office and get a feel of things as they unfold on the ground.

"This is the only thing that you can do; just go and talk to people and hear from them what it is that stands in your way of growing faster than you are today, and what is it that the Government of Jamaica or the IMF or anybody else can help overcome," he added.