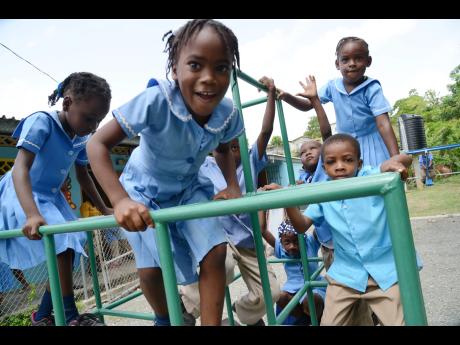 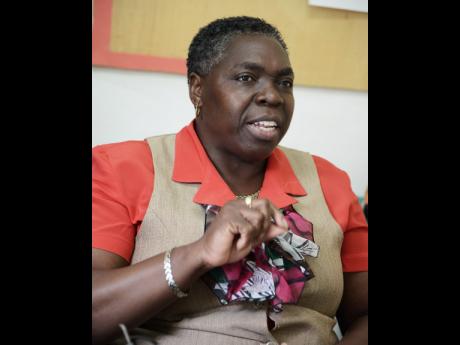 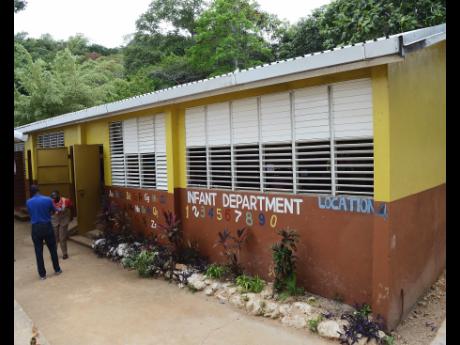 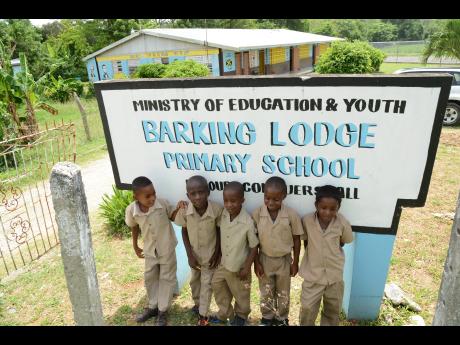 Rudolph Brown
These boys from Barking Lodge Primary pause play to give The Gleaner team a photo.
1
2
3
4

Principal of Lime Hall Primary and Infant School Janet Haye was the picture of pride as she sat with The Gleaner to speak about the newly established infant department. While she spoke in glowing terms of what had been achieved to date, she indicated that the challenges have been overcome through collaboration and effective planning.

A simple stroll around the campus backs up her claims and reveals one thing: This is a well-managed school.

The infant department at Lime Hall began in 2014 with 49 students and is an initiative that the school has wanted to pursue for some time.

"We were approached by the ministry with a proposal for the infant department. Incidentally, it was part of our school-improvement plan, which we were aiming to open in 2015, so the proposal from the ministry has allowed us to open a year earlier than planned," Haye said.

Although the infant department has only been in operation for less than a year, Haye indicated that the programme has been achieving results.

"The children have been doing well. In terms of their motor skills, for their age group, they are really advanced, and my teachers and caregivers are doing an excellent job," she said.

Haye also spoke about the shift that she has had to make in her management role.

"There had to be some kind of adjustment because you know you are dealing with smaller children, so the workshops we would have had with the Early Childhood Commision have been very helpful because now you can go to the infant department and understand what is expected of these children, and you are able to see what the teacher is doing and offer that kind of help," she explained.

She also indicated that the added responsibility of an infant department has made her more inclusive in her leadership style.

"I am a person who is always interested in training, and you are leading people, so you have to also be part of the team. Even though you are a leader, you are also a follower, and you have to understand how to empower people. Even though you are at the infant department, you should never feel at any time that you are not a teacher and you are not part of this team," she said.

According to Haye: "It has made me a better leader because it has widened my horizons. It has widened my thoughts on people, dealing with people, and being supportive of people, trying to offer job satisfaction and also trying to get persons to be committed and to be accountable for students learning."

The story of success rang a similar tune at Barking Lodge Primary in St Thomas, where principal Dahlia Henry took The Gleaner on a tour of the infant department.

"I am really pleased with the infant department. The children have been coming along quite well. The teacher and the caregivers have really been exceptional," she said.

Henry also told The Gleaner that she had been upgrading her knowledge in early childhood best practices and travelling from St Thomas at least twice a week for classes at the Mico University College.

"I am a trained early childhood teacher and so I have a working idea of what to expect, but I think it is important for me to become au fait with the new methodologies and skills to effectively run the infant department," she said.

She went on to say to The Gleaner that the infant department had very strong community and parental support.

"The parents will come and help to clean and tidy up, giving support in whatever way they can. I also have most of them turning up for parent-teacher meetings. We also have a past student who contributes a lot to the department. Bertram Anderson, who is a lawyer, has provided supplies and also organised for the department to be painted," Henry said.

The principal, who also remains actively involved in teaching and monitoring the infants, said that she valued the addition of the infant department to her school as it has given her the opportunity to create the calibre of students that she wants at the primary level.

"The first set of students that were in our infant department are now in grade one and they are doing really well in comparison to previous years when we were getting the children from the various basic schools in the community, so I am really happy about the outcomes," she said.