We are guilty! ...JC Hutchinson raps MPs for agri fraud 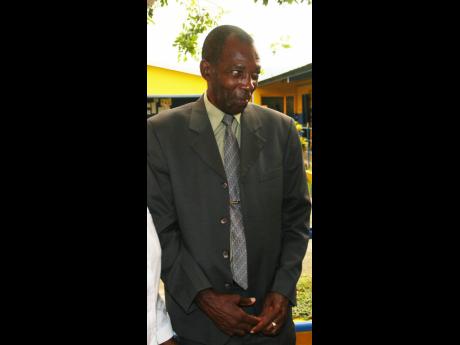 Opposition Spokesman on Agriculture J.C. Hutchinson says members of parliament (MPs) are guilty of perpetuating the fraud under which agricultural inputs are siphoned to their lackeys instead of going to genuine farmers in need.

"We need now, Mr Minister, to cut out sending things through MPs to distribute to farmers. Most times, the MPs deliver it to their political lackeys and it does not reach the genuine farmers, and they (lackeys) turn around and sell it before they reach their yards," he told Agriculture Minister Derrick Kellier yesterday at the 25th anniversary celebrations of the Rural Agricultural Development Authority (RADA).

"What happens is that we as politicians, when persons come to us, what we do is give them the seeds and fertiliser and whatever it is and many of them are not farmers. So they now go and they sell the fertiliser to persons who should be getting it free," the MP for North West St Elizabeth told The Gleaner afterwards.

no opportunity to purchase

In fact, most times, Hutchinson said, the small farmers in need don't even get a chance to buy back the inputs originally intended for their benefit as the scammers sell to the highest bidders at prices less than what they are sold for on the open market but above what the farmers can afford.

"What they (lackeys) do is that if you have a bag of fertiliser selling for, call it $6,000, (on the open market), if somebody comes along - and it's usually somebody who can afford it - and they can get $4,000 or $3,000, they sell it to them. But the genuine farmer who is unable to purchase the fertiliser, but who have their little thyme and their scallion, can't get it. That is where we have the problem."

Hutchinson, who was invited to the function at the RADA St Andrew Parish Office, 197 Old Hope Road, but not listed on the official programme, used the courtesy extended by RADA Chairman Lenworth Fulton to bring remarks, to chastise the Government for its mishandling of the RADA initiative. He said the new extension service programme was launched by the People's National Party (PNP) in 1990 but had been conceptualised by the Jamaica Labour Party (JLP) a year earlier.

Hutchinson pointed to the Farmers' Market initiative developed by the 2007-2011 JLP administration to mop up the excess agricultural produce, which was a direct result of the success of its agricultural policies; however, the PNP has since dropped the ball on agriculture, resulting from a misguided shift in focus.