Outlook grim! No relief from sweltering heat and drought any time soon 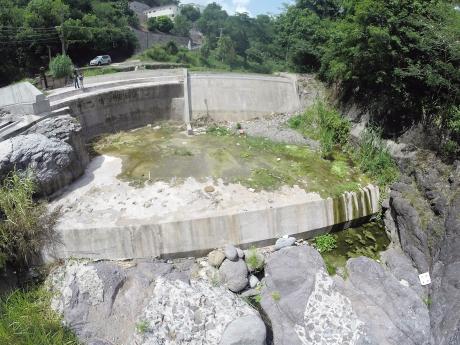 An aerial view of the National Water Commission catchment along Gordon Town Road, St Andrew, shows the severity of the drought that the country is experiencing. 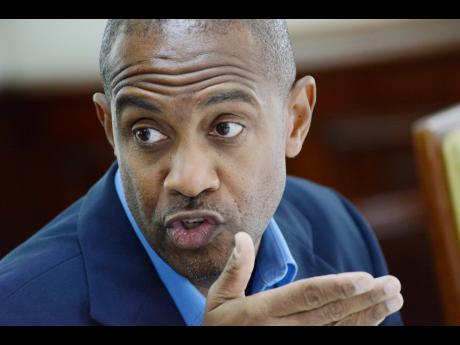 Jamaicans should not expect any significant relief from the sweltering heat wave and drought that have been affecting the island any time soon, according to Evan Thompson, senior meteorologist at the Meteorological Service of Jamaica.

"The projection for the next few weeks is still grim. We are not expecting any significant rainfall. We've been having some features that have been restricting the kind of development of rainfall that we would have wanted," he told a Gleaner Editors' Forum held yesterday at the company's North Street head office, downtown Kingston.

According to the Ministry of Water, Land and Environment for 12 days in June temperatures exceeded 93.7 degrees Fahrenheit (34.2 degrees celsius) at Appleton in St Elizabeth, May Pen in Clarendon and Shortwood in St Andrew. Also last month, Fair Prospect in Portland recorded temperatures above 93.7 degrees Fahrenheit for seven days and the forecast is for hotter temperatures to continue to the end of August. This has had and continues to have a scorching effect on livestock and farm crops across the country.

"The projection is not particularly positive in light of what we've been experiencing," Thompson reiterated, pointing out that despite the fact that the annual Atlantic Hurricane Season runs from June 1 to November 30, July has traditionally been a lean rainfall period in Jamaica.

He explained that the situation is being made worse by the strong winds that have been buffeting the island in recent times.

"That's one of the things - low level jet streams - these stronger winds that break up the development of tropical waves that would move across (Jamaica), which is where we would hinge our chances of getting the rainfall in July and into August," the meteorologist told the forum.

He also noted the fact that this is an El Niño  year, which would normally reduce the chances of rainfall as well as the development of tropical storms and hurricanes.

"So in some way, the hurricane is a good thing because it would bring us some really needed rainfall, but we (are) not expecting any significant development; we could have a hurricane, we could have a tropical storm, but the chance of that has been lower this year because of the general climate patterns that have developed," Thompson noted.

The meteorologist used the occasion to urge Jamaicans to wake up to the realisation that climate change is already a fact of life, the potential consequences of which the country needs to better prepare for.

"If we move towards a La Niña  which is the opposing scenario, then we normally have an increase in rainfall, which could mean increase in flooding. But we are also talking about climate change, sometimes thinking about it as something that is still coming, whereas it is something that is already here. And climate change, also, is suggesting that ... floods are more severe, but we would still continue to have droughts in between those flooding periods.

"So the droughts will be more severe - the rainfall episodes will be more significant, causing flooding. There will still be the need to work out how we manage the water resources in between those episodes."

Plan under way to put out bush fires before they start
Rainfall Shocked even Met Service, Jamaicans