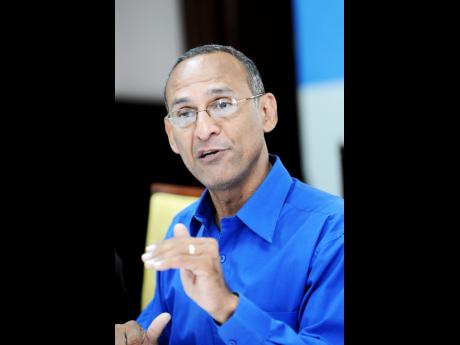 One of Jamaica's leading economists, Dr Damien King, says Greece is in chaos with a crumbling economy and an uncertain future, and that the 'no' vote in Sunday's referendum is not something that Jamaica can afford to follow.

King, head of the Department of Economics at the University of the West Indies, Mona campus, and director of the Caribbean Policy Research Institute, said yesterday that if Jamaica defaulted on its debt, the country would face a meltdown.

Responding to questions posed by The Gleaner, King noted that Greece's creditors are other European countries, while Jamaica's creditors are largely the Jamaican financial sector.

"If our Government defaults on them, our own financial sector would become insolvent and precipitate another financial crisis," King said.

Greeks overwhelmingly rejected conditions of a rescue package from creditors on Sunday, throwing the future of the country's eurozone membership into further doubt. Sixty-one per cent of Greeks rejected a deal that would have imposed more austerity measures on an already-ravaged economy.

Commentators have said that with the 'no vote', Greece is risking a banking collapse. Without more emergency funding from the European Central Bank, Greece's banks could run out of cash within days, after a week of rising desperation as banks shut and cash machines ran dry.

"The message that Greece has sent to its creditors is that popular opinion is not a good way [to] make sound economic policy. Jamaica has sent the opposite message and, as a result, is reaping stability, continued access to loans, and international respect," King said.

Watchers of the situation in Greece have been drawing parallels with Jamaica, a heavily indebted country which has been required by the International Monetary Fund, one of Greece's creditors, to run a 7.5 per cent primary surplus, the highest in the world. The country has been honouring its obligation for the repayment of its debt. Jamaica debt stock is nearly J$2 trillion.

Former Contractor General Greg Christie, commented on Twitter that "the experience of Jamaica shows the damage done when the interest of creditors are (sic) given too much weight."

"How much should a country sacrifice in order to keep paying off its debt. The IMF looks at this issue from the point of view of creditors," he said.

Senator Kavan Gayle, president general of the Bustamante Industrial Trade Union, said his union stands in support of the Greeks who voted no in the referendum.

"We recognise that the underlying economic problems will still exist but, at least, this result gives the Greek government a chance to return to the negotiating table and bargain from a position of some strength for a sensible debt rescheduling and release system," he added.

But King is of a different view.

"I find it astonishing that anyone can look at the situation in the two countries and think that Greece is an example for Jamaica to follow and not the other way around," King said.

Jamaica has had to enact enhanced fiscal rules as part of its reform programme. The legislation, for example, places hardwired targets for debt reduction in the short to medium term.

Speaking in the Senate last Friday, Justice Minister Mark Golding said those who are critical of the economic reform programme are hypocritical, and that even the parliamentary Opposition knows there is no alternative or they would have put it on the table.

According to the investment banker, well-thinking Jamaicans should ignore "the loose political chatter around the Government being uncaring and so on".