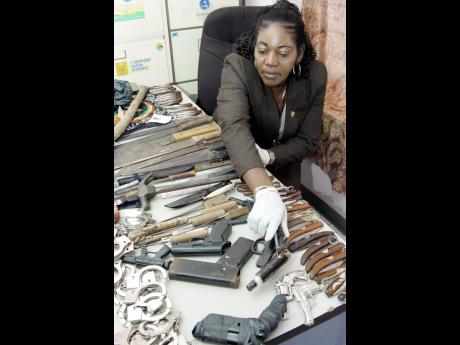 The Safe School Programme last year saw an increase in the number of critical incidents occurring in schools.

According to the annual report obtained by The Gleaner, 2014 recorded 226 fights in schools as opposed to 168 in 2013. Rob-beries moved upwards by 10 in 2014 from a low of one in 2013. The number of sexual offences in schools last year stood at 33 as opposed to a mere eight reported in 2013. Theft, wounding and murders registered marginal decreases, resulting in a total of 438 incidents being reported for 2014; a 47 per cent increase over 2013.

Area One, Two and Four had 58, 110 and 105 reported incidents, respectively. Area One is made up of schools in Hanover, St James, Trelawny and Westmoreland; Area Two covers the schools in Portland, St Ann and St Mary while Area Four consists of schools in Kingston and St Andrew South and Central.

Schools in Area Two led the count in the number of fights with a total of 104 while Area One schools had the most sexual offences, a figure which came in at 25.

A total of 536 weapons were seized in schools last year. Of that figure, 138 were knives, five machetes, 23 ice picks, 347 scissors and 23 were classified as other weapons.

The number of incidents involving drugs or other prohibited substances came in at 127.

Actions taken by school resource officers, to deal with deviant behaviour of students, range from arrests to referrals. In 2014, 32 students were arrested, 1,470 cautioned while 774 received referrals.