Stranded - Here for funeral, refused reentry into UK although living there for decades 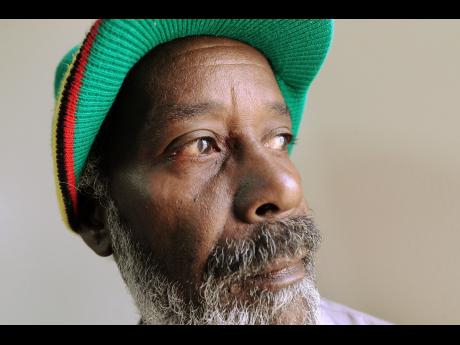 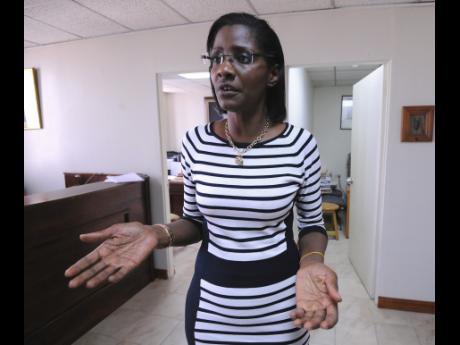 Neville McKenzie, has been a resident of 90 Mawbey Street, Stockwell, London, since December 1962. He came to Jamaica in November of last year, to attend his aunt's funeral. However, when he decided to return to England, on June 19 of this year, he was issued with a refusal of entry clearance.

This is becoming unbearable for the 68-year-old, who has been staying in Waterhouse, Kingston, in conditions he describes as "very uncomfortable".

However, his lawyer, Jennifer Housen, a barrister-at-law in England and Wales, and an attorney-at-law in Jamaica and the United States, pointed out that there is a lot of ambiguity on the part of the United Kingdom (UK) government, as there is nothing in law that makes it mandatory for persons who have settled in the country before or on January 1, 1973, to get a British visa.

"The UK's visa policy regime is extraordinary and circular. Even though there has never been a requirement for persons who lived in the UK before January 1973 to show any kind of residence permit, these persons are practically being excluded from the country they have called home for over half a century, simply because they can't provide a permit, something they weren't required to have then or even now but still being asked for," she declared.

"No one ever hears of cases like these in relation to the USA or Canada, and the UK must treat its residents better and not have a one-size-fit-all approach to immigration and border issues," he said.

She pointed to a letter that McKenzie received from the UK Visas and Immigration before he left the country, after approaching his MP in England, to confirm that he was clear to travel to Jamaica.

The letter stated, "The Immigration Act of 1971 came into force on January 1973. Under Section 1(2) of that Act, anyone who was present and settled in the UK on 1 January 1973 and did not have the right of abode, or who was not exempt from immigration control, is to be treated as having been granted ILR on that date. This was automatically acquired and people benefiting from this provision were not formally notified of their status at that time ... "

"A person deemed to have ILR (Indefinite Leave to Remain) under this provision will retain their settled status provided that they can show that they have resided continuously in the UK from before 1 January 1973, with no absences of more than two years and have not had their ILR cancelled or revoked."

"There is no requirement for a person in this position to make an application to UK and Immigration, since they already have ILR. However, it is open to them to apply for a biometric residence permit to confirm that they have no time limit on their stay in this country and which would act as evidence to show that they had previously been granted ILR."

Housen is encouraging Jamaicans to get it right and educate themselves on new regimes that are being employed by countries.

"I do a lot of talks in the UK at the churches and whichever function I can go, informing persons that they have to try and adapt. I often say to young persons, if your older family member is going to Jamaica, even if they are going to live, please check that they are not going on Jamaican passport," she said.

"... Unlike the US where you are required to have a green card, the UK doesn't deal with green card. Now England is introducing the residence permit regime but the bigger issue is education which clearly is lacking. I get at least one of these cases every year, and now I have to be doing the best I can in ensuring that persons get it right and adapt," she said

In the meantime, the father of seven, who grew up in the parish of Clarendon noted that it has been a challenging time for him.

"I made sure I checked to ensure that I was safe and my MP gave me clearance. I came for a funeral and was planning to stay for six months, only to be told that I could not return.

"I didn't prepare for this and where I am now the accommodation is not very good," he lamented.