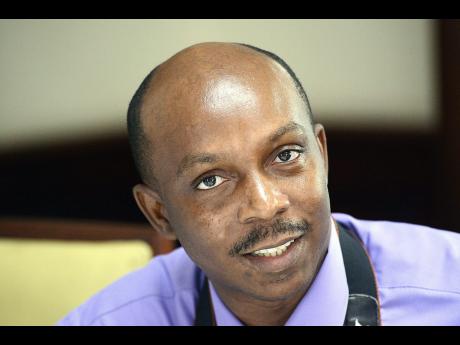 As drought conditions worsen and the National Water Commission (NWC) puts in place a number of short and long term measures to stretch the dwindling supplies, it is also having to take steps to stem the illicit flow of money from its coffers.

This, as criminals have been presenting fraudulent cheques and purchase orders drawn in the company’s accounts and attempting to use them to obtain goods.

The state-agency yesterday sought to advise the public of the scam by way of a print advertisement, urging the public to "exercise due care in negotiating any cheques and or purchase orders presented to them to ensure that they are genuine and legitimate before completing transactions".

Charles Buchanan, NWC communications manager,  told The Gleaner that this is essentially a pre-emptive strike to stop the illegal practice from becoming widespread.

He explained: “In the cases that we have seen so far, when they (business operators) made a little more careful check into it, the persons kind of either ran away or found a way of disappearing by the time they saw that they were making enquiries, or examining the cheques with any care.

“We thought it necessary to alert the public, just in a general way, to say that it appears that there are persons who are trying these unscrupulous means of defrauding money from business persons and others who do business with the commission and have been using the commission’s name.”

Buchanan continued: “We also urge persons to do the normal due diligence whenever they have anybody presenting themselves… I don't think any evidence or any allegation has been advanced as to any complicity of the commission in it (but) we felt it was the good thing to do, to say be on the alert.”

Meanwhile, Buchanan said the response to its Cruncher 180 promotion, under which delinquent consumers whose water has been disconnected can have up to 60 per cent of arrears written off, has been encouraging.

“We would love to get more responses but in terms of the specifics we are continuing to do some analysis and would not yet be willing to give out numbers and the stats on it but we have had some significant number of enquires and a number of persons have actually taken up the offers.”

He said the extended opening hours over the last two Saturdays have paid off and this will continue throughout July.

“We may make an assessment as to whether that should continue for the duration of the Cruncher 180 promotion to facilitate more people being able to take advantage.

But we have had a number of persons and we’re still urging persons to come in because we are aware that a number of other accounts and other individuals owe the commission significant amounts that have not yet come in to us.”


The NWC is now fine tuning it’s arrangement with the police to go after people who continue to disregard its directives for the conservation of water, with Buchanan admitting that while there is a lot of anecdotal reports of continued wanton wastage, these have not been supported by evidence-based official reports.

The commission has advised that a leak of one drop per second wastes 2,400 gallons of water per year, with studies around the world showing that an estimated 10 per cent of water used in homes is wastage as a result of leaks. And while the consumption of water use varies, in Jamaica a typical single home uses between 3,000 and 5,000 gallons of treated water per month.