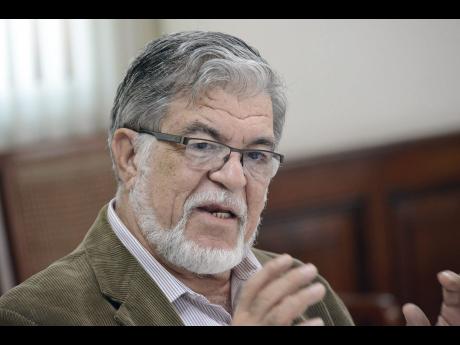 The Water Resources Authority (WRA) has served notice that in addition to prosecuting businesses and individuals, it will take steps to name and shame those who continue to use potable water derived from National Water Commission (NWC) sources for non-essential purposes such as watering lawns.

Basil Fernandez, managing director of the WRA, told The Gleaner yesterday that his agency was investigating reports of hotels and other commercial entities buying tankerloads of water and using it to irrigate the lawns of their premises.

He said that if the water is found to be potable, its use for such purposes at this time of drought and severe water shortage would be against the national interest.

"The source of the water is not known, but the WRA has not issued any licences to anyone to abstract water from any source for irrigation purposes except for National Housing Trust (Emancipation Park), Kingston and St Andrew Corporation (Heroes Park) and Urban Development Corporation (St William Grant Park), all public spaces," he told The Gleaner. "The WRA will, under the Water Resources Act 1995, take action against any licensee who contravenes the conditions of their licence and is selling water to hotels and commercial entities for watering grass and lawns."

The Water Resources Authority said it was also prepared to go even further to drive home the importance of water conservation to those who continue to flout the directive for all Jamaicans to conserve and recycle water.

"The WRA will also publish in the press the names of the licensees and the collaborators who purchase the water for their grass/lawns," Fernandez declared.

He explained that the WRA has confirmed that the irrigation of lawns is continuing and it is in the process of investigating the source and quality of the water being used, before it moves against offenders.

The WRA head said that even where water suppliers have the legal right to sell their water, in the context of the shortage with the NWC yesterday reporting that the Hermitage Dam is down to 38 per cent and Mona Reservoir at 27 per cent, their operations would now come under scrutiny.