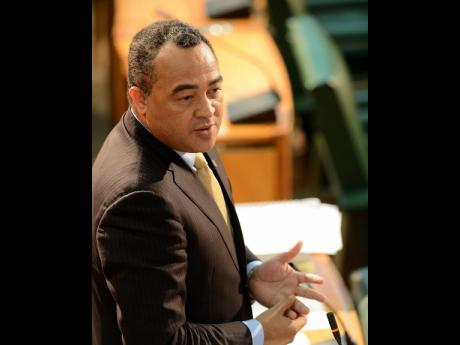 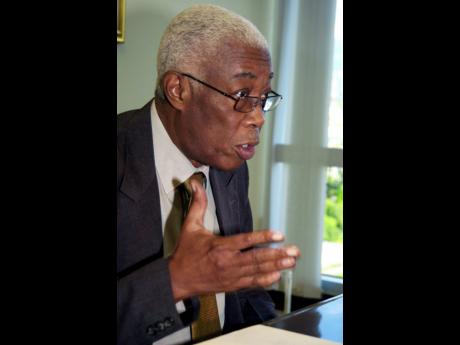 AFTER INITIALLY resisting debate on the bill which seeks to create a legal framework for the regulation of nuclear technology, opposition senators yesterday relented in response to an impassioned appeal by Leader of Government Business A.J. Nicholson and Justice Minister Mark Golding that the legislation be approved.

Suggesting that the passage of the bill has implications for international relationships that could not be publicly divulged, both Nicholson and Golding urged opposition senators to cooperate.

When the bill was passed, Nicholson declared: "The latter part of the sitting shows that we have more in common than what divides us."

The Government could have used its majority in the chamber to push through the bill but readily conceded that the Opposition could have been given more time to examine the bill, which has been passed in the House of Representatives.

In the absence of Leader of Opposition Business in the Senate Tom Tavares-Finson, who was late, Robert Montague declared that the Opposition would not have countenanced a debate on the bill.

"The bill is of a critical nature and it is important to allow us more time to review it as it could be complemented by legislation such as the Occupational, Health and Safety Regulation," said Gayle. "To be effective, this legislation will be in need of support, and that can't go unnoticed," he said.

Another opposition senator, Christopher Tufton, raised concern about the short period given to examine a complex bill. "This is sloppy and untidy passing of legislation," he said.

But while challenging the use of the term "sloppy", Nicholson said that there was merit in the Opposition's argument. "This is the kind of legislation which ... we would wish for more time, but there is a real urgency in getting the bill passed."

Golding argued that with exposure to high levels of ionising radiation, which could have deleterious effects on people, property and the environment, all activities relating to radioactive material, nuclear material, and ionising radiation apparatus should be made subject to standards of safety and security.

The objectives of the bill are in keeping with this goal of protecting people and the environment, which makes provision for the establishment of a national regulatory body referred to as the Hazardous Substances Regulatory Authority.

That body will, among other things, grant authorisations, establish operational standards, and regulate and monitor activities, practices and facilities utilising ionising radiation and nuclear technology.