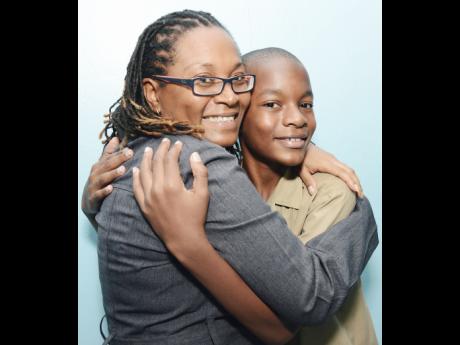 The Wolmer's schools will in September welcome two of the nation's three top Grade Six Achievement Test (GSAT) scholars, with Tariq Wright heading the list of boys and Darielle Edwards sharing the spotlight for girls with Candice, who will be at Manning's School.

All three have been awarded the Scotiabank Foundation Shining Star Excellence Scholarship.

The Ministry of Education yesterday published a list of 17 girls and 14 boys who will be awarded Government Scholarships. Among these awardees are Stania McIntosh, Hannah Farr, and Timothy-Mark Hay, who are among a list of 21 students who received perfect scores in the GSAT.

Wright has been described as a shy but self-assured student. He has said that he chose Wolmer's Boys School because of the balance that is maintained between sports and extra-curricular activities.

Edwards, who will be attending Wolmer's High School for Girls, has long been identified as a trailblazer in academics, particularly in the area of science.

When she was just in grade three, she won the first prize for her school's Young Innovators and Inventors Competition. She later went on to win the competition again in grade five with her hydroelectric power supply solution.

Another standout scholarship recipient is Farr. Her father has described her as strong-willed and determined.

Up to yesterday evening, the education ministry had yet to respond to queries from The Gleaner regarding the selection process given the number of students attaining perfect scores.