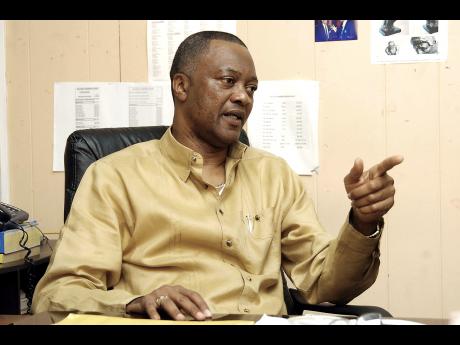 Head of the Hugh Lawson Shearer Institute, Danny Roberts has called for the sub-committee of Cabinet established to oversee growth to make use of the Growth Inducement Strategy (GIS) developed under the Bruce Golding-led Jamaica Labour Party administration in 2010.

Speaking during the Grantham College Gala and Scholarship Awards ceremony last Friday at The Jamaica Pegasus hotel, Roberts called upon members of the diaspora to support the lobby efforts for a debt write-off and review of International Monetary Fund (IMF) conditionalities for Jamaica.

He said a review would create the right environment for the implementation of the GIS.

Speaking with The Gleaner, Roberts said the Simpson Miller administration should make use of what he described as a comprehensive document that can guide growth.

"That document should be used because it was the growth strategy, so we don't need to reinvent the wheel; it exists. A comprehensive document developed by Gladstone Hutchinson and Professor Donald Harris, that doesn't need a reinvention, it's there; we just need to implement it," he said.

Roberts also indicated that the current administration should not consider a wholesale change of direction in regards to the GIS.

"What else could they have in mind?" he asked.

"This is not a desk audit, it is something that was developed comprehensively, with the widest possible consultation from all different stakeholders. If this Government has not done that, they can't have anything else in mind. This is what exists," he argued.

He, however, did not rule out the need for adjustments to the GIS, but noted that the document is a good guide to chart growth.

The trade union expert has also said that "to secure Jamaica's long-term sustainable development, certain prior actions are required, which include a lowering of the primary surplus from 7.5 per cent to about four per cen; a write-off of the enormous debt repayment due in another four years to local financial institutions; and the development of an implementation strategy for the growth agenda."

He has also noted that Jamaicans residing abroad have an equal stake in the country and its future as those of us residing here, and believe we best serve Jamaica's long-term interest if we honestly accept that the IMF programme is nowhere near achieving its objectives of economic growth, growth in per-capita GDP, and improved total factor productivity.