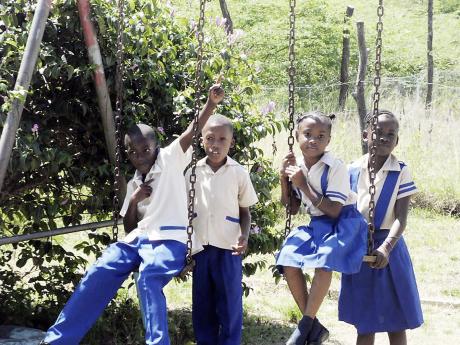 File
Students at Hartlands Primary, one of the schools to be closed.

The National Parent-Teacher Association of Jamaica (NPTAJ) has expressed disappointment that it has been left out of discussions surrounding the announced closure of underpopulated primary schools.

Everton Hannam, president of the NPTAJ, made it clear that he was not pleased with the lack of engagement by the Ministry of Education with the association regarding the closures.

"While we support any initiative to regularise and to bring efficiency into the education system ... we would have liked for there to be greater engagement with the National Parent-Teacher Association so we could have assisted as best as possible in reducing some of the concerns that a number of parents have about the pending closure," he said.

He went on to indicate that efforts to engage the Ministry of Education had proved futile.

"The National Parent-Teacher Association of Jamaica has not been provided with a list of the schools that are slated to be closed. Efforts to meet with the responsible persons in the ministry have not been successful because of some commitment that the responsible officer had, which resulted in the meeting being cancelled," he said.

Hannam went on to explain that he would have wanted to get a copy of the list of schools so that the association could initiate discussions with the various parent-teacher associations.

"We would have wanted to meet with those associations so we could record their concerns. The concerns are some genuine concerns, which continued dialogue and an expansion of the participatory attempts by all would have at least set some of those concerns at ease," he argued.

While he conceded that parents at the particular schools may have been engaged, Hannam indicated that at the national level, he felt the NPTAJ was slighted in its dealings with the ministry regarding the pending closures.

"We would have loved to have been brought on from the beginning to ensure a participatory process ... and we hope that moving forward, we can be brought on board as the national body of the PTA in schools to be part of an important process ... because after all, it is our children, and we need to have an input as to how we proceed," he said.

Education Minister Ronald Thwaites, in a presentation to Parliament yesterday, said 18 primary schools would be closed in September.

"It must be noted that the process of closing these schools involved extensive public consultations with stakeholders - including parents, the JTA, churches, community leaders, and political representatives. The team from the Ministry of Education has been very responsive to concerns raised, however, in the final analysis, we have to make a decision in the interest of student achievement and the efficient use of financial resources," he said.

He went on to announce that the Ministry of Education would be providing transportation for those students who would have to travel long distances when they are relocated after the school closures.

"The Ministry of Education assures parents that where the relocation of students has resulted in transportation needs, we will contract transport operators to ensure their children can get to school and back home. The estimated total cost for transportation is J$106,000 daily, with an estimated annual cost of J$20 million," he said.