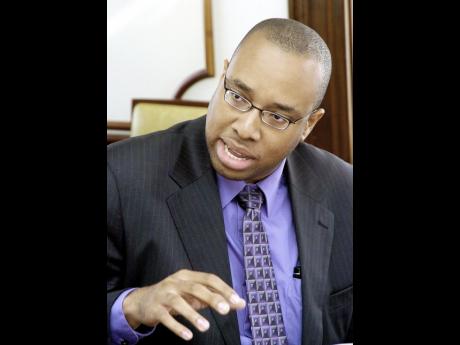 In calling for the crafting of a road map to develop the fledgling ganja industry, Delano Seiveright, a director of the Cannabis Commercial and Medicinal Research Task Force, has renewed his warning that foot-dragging could result in the loss of potential economic advantages.

Speaking at the 'Imagine Jamaica: Unlimited Possibilities A Brand Jamaica Symposium' at the University of the West Indies, Mona, Seiveright suggested that the economic benefits of liberalising the ganja industry were huge.

"We can, in very short order, reassert our position as the world capital of ganja and move to spreading the obvious economic benefits across the board."

Noting that Colorado in the United States, since liberalising the ganja industry, has seen an unbelievable increase in tax revenue, job creation, the rejuvenation of depressed neighbourhoods, and the mushrooming of ganja and ganja related businesses, Seiveright said the state registered US$700 million in marijuana sales and US$76 million in total tax revenue for 2014 alone.

"There are three types of state taxes on recreational marijuana: the standard 2.9 per cent sales tax, a 10 per cent special marijuana sales tax and a 15 per cent excise tax on wholesale marijuana transfer."

Seiveright said that he had hoped that the new-found freedom to engage in the business of ganja would not be further inhibited by retention of the illegal status of the plant.

"We must recognise the critical importance of the development of a road map to sustainably develop the ganja industry via proper regulation and full legalisation," he said.

He said that the Dangerous Drugs (Amendment) Act 2015 allows for tourists to legally purchase two ounces or less of ganja at a time, once they produce a signed voluntary declaration or any other satisfactory evidence.

"Here, we have an absolutely easy way to bring in millions of US dollars for our very broke state of affairs, yet nothing has been done to benefit from this to date," said Seiveright. "Foot-dragging at its best."

Seiveright likened Jamaica's approach to "the dog that runs alongside the moving car which makes a sudden stop, thereafter the dog appears confused about what to do next".

Said Seiveright: "We continue to drag our feet and not pull together an unambiguous road map for further ganja law reform and the immediate establishment of a simple, efficient and transparent regulatory structure, that our traditional small farmers can participate in."