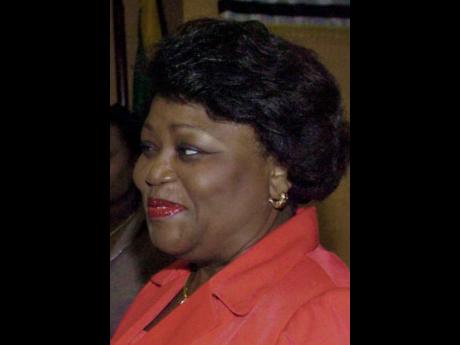 Director General of Public Sector Transformation and Modernisation, Veniece Pottinger-Scott has indicated that 11 public-sector entities were identified for closure under the master rationalisation plan for the public sector.

Addressing yesterday's Jamaica House press briefing, Pottinger-Scott named four of the entities but declined to release the names of the others that are to be wound up.

"Of the 11, seven have either closed or are in the process of being wound up and, in other cases, for one or two, the decision was reversed," she said.

According to Pottinger-Scott, the Montego Bay Municipal Bus Company and the PCJ development have been dissolved and recommendations have been made for PCJ engineering to begin winding up.

She went on to indicate that the closure of Metropolitan Manage-ment Transport Holdings has been halted due to legal challenges.

"For Metropolitan Management Transport Holdings, there is a legal issue that is holding the completion of that one up but that is in the process of being settled," she disclosed.

The Public Sector Master Rationalisation Plan, which was revised by the then Public Sector Transformation Unit in 2011, had recommended seven departments and agencies that were to be abolished.

By Pottinger Scott's admissions, four additional bodies have since been added to that list of entities to be placed on the chopping block.

The Local Government Depart-ment has since been accorded ministerial status, but it is still unclear if the now Ministry of Local Government and Community Development is being considered for closure. That ministry has a total staff compliment of 139.

The master rationalisation plan also listed 10 management functions that are to be contracted out.

Among these are the management of state-owned children's homes and juvenile correctional centres.

Pottinger-Scott did not provide an update on the move to outsource these services.

In the case of entities to be merged, the plan listed

20 such possible mergers. Pottinger-Scott indicated that not much progress is being made on the merging of government entities.

"Work has been going on and steps have been taken to effect the closures. I think where we need to get some action is on mergers," she said.