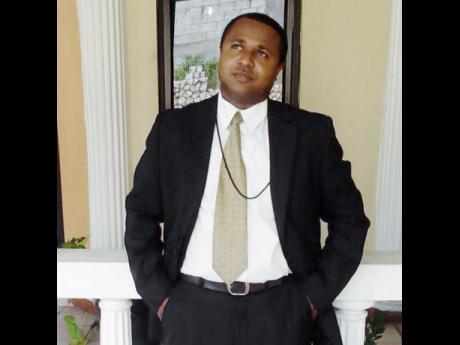 National Security Minister Peter Bunting yesterday expressed regret at the murder of Constable Lynden Barrett, the second law enforcer attached to the Denham Town Police Station to be killed in a week.

In a statement, Bunting said: "This is another sad day for the Jamaica Constabulary Force and Jamaica."

Barrett, a five-year member of the force, was gunned down on Wellington Street in downtown Kingston.

"We will not allow this cowardly attack on law and order to go unpunished," Bunting said. "I wish to assure the Jamaican people that the police will not be deterred in their efforts to defend communities and to maintain the pressure on criminal elements."

Bunting learnt of Barrett's slaying while in Washington where he is holding a series of meetings with senior State Department and law-enforcement officials on topics which include furthering cooperation on combating narcotics trafficking, organised crime, and the lottery scam, as well as building the capacity of local law enforcement to deal with violent extremism.

"News of the demise of any member of the security forces is always shocking and disheartening," he said.

"The Opposition notes the controversy surrounding this particular case in light of conflicting accounts of the circumstances under which Constable Barrett was killed by residents on the one hand and the police on the other hand."

Smith continued: "Given the conflicting reports and ensuing speculation, it is evident that a speedy and fulsome investigation is necessary at this time. The Opposition trusts that the authorities will leave no stone unturned in investigating the circumstances under which Constable Barrett was cut down and bring forensic evidence to the fore in helping to determine what transpired."