Police to get high-speed Internet 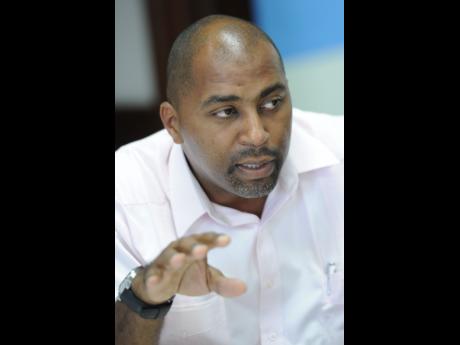 Police stations are to be equipped with high-speed Internet as the Government deepens the penetration of broadband service across the island.

The initiative is being undertaken through the Universal Service Fund (USF), which is financed by taxes collected from phone calls coming into the country.

"For the last couple of years, the Government has built out an islandwide broadband network, connecting our schools, libraries, post offices and, more recently, health centres and hospitals. Now, we will be doing police stations," said Minister of State in the Ministry of Science, Technology, Energy and Mining, Julian Robinson.

The state minister said the purpose of the initiative was to give rise to a more developed society.

"This was done as part of our commitment to ensuring that everyone, everywhere, has access to computer technology and the Internet. All of this is building a digital society for transformation and development," he said.

The Edufocal Excellence Awards, at which Robinson was speaking, was held to honour the top-10 Grade Six Achievement Test (GSAT) and Caribbean Secondary Education Certificate (CSEC) students, who accessed the fun and interactive online Edufocal learning platform to prepare for their examinations. The event was held at The Jamaica Pegasus hotel in New Kingston recently.

The selection of students was based on "time spent on the platform and how well they did", said chief executive officer of Edufocal Limited, Gordon Swaby.

Some of the GSAT awardees were also part of the Government's Tablets in School pilot project.

According to the minister of state: "We distributed just under 25,000 tablets to 38 schools and teachers. We are now working out the details to see how we can get tablets in every school in Jamaica."

Testimonials given by teachers and parents of the GSAT and CSEC students praised Edufocal for its ability to produce successful students.