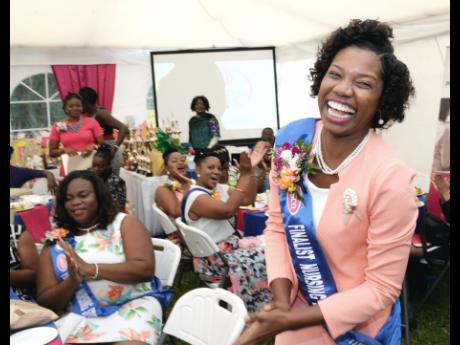 Jermaine Barnaby
Kaysha Foote is full of excitement after it was announced that she was the Lasco 2015 Student Nurse of the Year. 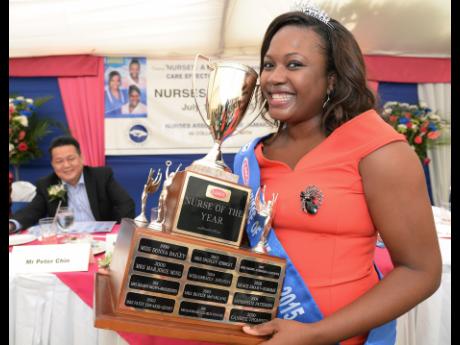 Jermaine Barnaby
Treveen Palmer-Miller is all smiles after being named the Lasco/NAJ 2015 Nurse of the Year.
1
2

A 26-year-old based at the under-resourced and often-criticised Spanish Town Hospital was yesterday named the 2015 Lasco Nurse of the Year.

Treveen Palmer-Miller flashed a smile that must have brightened the day of many of the sick persons in her care, as her name was announced as the winner of the coveted award at The Jamaica Pegasus hotel in New Kingston.

Palmer-Miller later told The Sunday Gleaner that although it has been a winding journey, she has no regrets.

"Entering the competition, I just came with an open mind, not expecting to win. I just needed the exposure. To be representing the Nurses' Association of Jamaica on such a broad scale, it is indeed an honour," said Palmer-Miller.

"It's a tedious process. The categories that they test you on were very broad. You don't know what they are going to ask; you have to be on the ball. The good thing, however, is that I love my job.

"There's no greater feeling than when somebody leaves the clinic with a smile or when somebody looks at you and say, 'Nurse, I feel so much better'. Those are the moments I live for," declared Palmer-Miller.

The second major prize of the day went to Kaysha Foote, who was named the Student Nurse of the Year.

The 27-year-old told The Sunday Gleaner that nursing is her passion.

"Looking back, I know that the Lord placed me here for a reason, and going forward, I want to focus on doing extensive research in nursing. I believe research is one of the factors that will move the profession forward," said Foote.