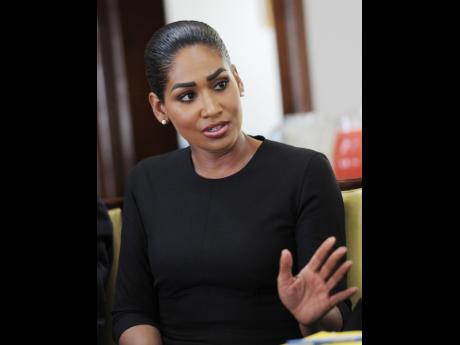 Jamaica's culture minister has urged the nation to resist any temptation to shun Emancipation and Independence events that will be staged from Friday, July 31, to Thursday, August 6, under the theme 'Proud and Free ... Jamaica 53'.

The minister was speaking at the National Emancipation and Independence Thanksgiving Church Service at the St Jago de la Vega Cathedral in Spanish Town.

Jamaica will celebrate its 53rd anniversary as an independent nation on August 6, five days after the 177th anniversary of full emancipation from slavery will be observed.

The minister cited some of the many achievements to celebrate such as the recent inscription of the Blue and John Crow Mountains on UNESCO's World Heritage List; the efforts by Government to reduce the country's debt; and the introduction of a nutrition programme in all basic schools by the Ministry of Education.

"In the last year, we have accomplished quite a lot across the board in culture, in education, in finance ... . There is still a way to go, but we have quite a lot to celebrate this year," the minister said.

"Just in the same way you save to put on your family reunion once a year, or you save in your community to put on an event, ... as a Government, we save every year to celebrate so that you can enjoy yourselves and feel special," she added.

The minister pointed out that several activities have been organised to commemorate the annual Festival celebrations.

"You can go to the Literary Festival, you can come to the Gala, you can look at the Mello-Go-Roun. You can come to Gospel Song, and there are other things in your communities that you can do, but you must come out," Hanna said.