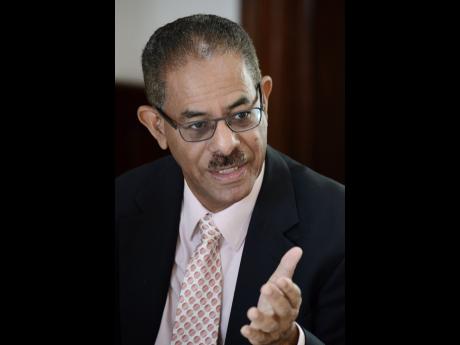 President of the Jamaica Chamber of Commerce Warren McDonald is alleging that political interference, cronyism, and special interest have stymied Jamaica's ability to grow and has called for a special regime to deal with the divestment of State assets.

McDonald, while addressing the board of directors of the chamber in Kingston yesterday, said that state-owned assets that are now idle could be employed to create additional jobs and assist in growing the country's GDP.

"We all know of assets that have, at one time or another, been identified both within and outside of the public sector. And where progress has gone so far as to identify investors who have been told that these assets were up for divestment, went on to develop strategies for their utilisation and have come to the table with their funding in place only to be told that this or that minister, this or that councillor, this or that highly influential functionary has determined that the privatisation should be halted in its tracks," McDonald said.

Currently, Cabinet, through a privatisation committee, has overall responsibility for divestment activities within the Government.

But McDonald, arguing that the current system is not working, has called for the establishment of a national divestment trust.

"We are proposing the creation, in a transparent manner, of a trust within which all GOJ-administered assets that are unrelated to the GOJ's core responsibilities will be placed," he said.

"This trust would embrace an overall divestment master plan; be professionally managed, with a responsibility for valuating assets and packaging them for divestiture; and would report to Parliament, but would be shielded by appropriate regulations from any type of political interference," McDonald said.

"We could contemplate going a bit further and having this trust package some selected assets in such a way that they could move on to the stock exchange and thus secure wide local investor participation in their growth, which would have the additional benefit of reducing the export of dividends going forward," he added.

The Government, under its Extended Fund Facility agreement with the International Monetary Fund, has committed to divesting some state-owned assets. For example, the Petroleum Company of Jamaica Limited is to be divested with the selected bidder expected to be identified by month's end.

Caymanas Track Limited and the Jamaica Railway Corporation are entities that have long been listed for divestment. In 2009, Pat Sinclair McCalla, then CEO, Public Sector Transformation Unit, recommended the merger of 20 entities, the privatisation of 13 entities, the abolition of seven, and for 10 to have their services contracted out.

The entities that have been listed for divestment are Caymanas Track Limited, St Joseph's Hospital, Wigton Windfarm, Petrojam Ethanol, Clarendon Alumina Production Limited, which has since been taken off the list, Font Hill Properties, Jamaica Exotic Flavours & Essences, Parish Cemeteries, Wallenford Coffee, the commercial arm of Cocoa Board, the Jamaica Railway Corporation, Post and Telecommunications Department, Postal Corporation, and the Sugar Corporation of Jamaica.

The sugar and coffee assets have since been sold while the cocoa divestment was said to be in the "final stages".

McDonald said yesterday that governments, over the past several decades, have paid lip service to divestment. He said that the lists goes way beyond the 13 highlighted, noting that several assets reside in entities like the Urban Development Corporation.

"Lip service because assets that were supposed to have been temporarily placed in this or that department, in this or that ministry, or which fall under the purview of the country's dysfunctional local government system quickly become personal fiefdoms with no changes to the status quo permitted because the individuals involved will not tolerate any changes to their capacity for dispensing patronage to the favoured," McDonald charged.

Another 'Best' for Kingston Wharves
No pat on the back!
BOJ Jamaica Chamber, weigh implications of 'surprise' Brexit
Merchants hopeful for bumper shopping this Christmas
Time to demand more