Review board to oversee INDECOM 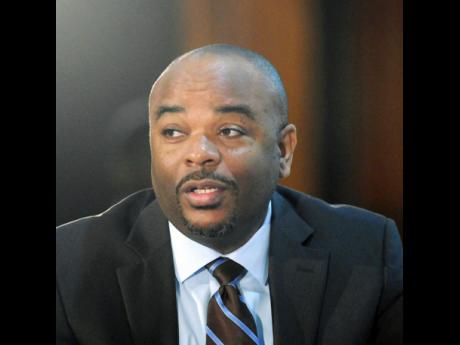 A JOINT select committee of Parliament reviewing the Independent Commission of Investigations (INDECOM) Act has accepted a proposal for the setting up of a non-executive review board for the oversight body, but there is a strong caution from at least one lawmaker who says the board should not interfere in the operational and investigative duties of the commission.

Minister of National Security Peter Bunting, who proposed the setting up of the non-executive board for INDECOM, said this body would comprise persons from a mix of professional backgrounds.

Giving an example, Bunting said the board could comprise five members, with three selected from retired Supreme Court judges, or former directors of public prosecutions, or senior deputy directors and one each to be selected from persons with substantial investigative and managerial experience. "Such a composition would provide judicial, prosecutorial, investigative, and administrative balance to the deliberations of INDECOM," Bunting read from a prepared text.

Commissioner of INDECOM Terrence Williams said the example cited by Bunting raised a red flag, noting that someone with substantial investigative experience would suggest the selection of a retired senior police officer to sit on the board.

He said based on some of Bunting's assertions, it could suggest that the board would "have some way to interfere with a decision to charge or investigate".

Williams called for a detailed proposal as to how the non-executive board would operate.

In a Gleaner interview at the end of the committee's deliberations yesterday, Senator Mark Golding, the committee's chairman, said the INDECOM boss would get an opportunity to make an input in relation to the duties of the proposed non-executive board.

During the deliberations, committee member and attorney-at-law Delroy Chuck said he was strongly opposed to any oversight body with a mandate to oversee the work of INDECOM. "If this oversight body is to assess and decide whether INDECOM can make a decision to investigate or to prosecute I could not support it," he said.

However, Golding said the head of INDECOM would report to the non-executive board on a monthly basis, and the board could provide input on policy relating to human resources and issues to deal with media relations, among others.

"We don't want an executive board that is going to tell the commissioner on a day-to-day basis what to investigate and what to prosecute," Golding clarified. "It reduces the chance of egregious errors being made," he added.

Golding said parliamentary oversight in the Jamaican context is not real, arguing that the committee system of Parliament is not an effective way of providing oversight for independent commissions of Parliament. He said these commissions get frustrated after submitting reports

calling for action and nothing is done.

Senator Lambert Brown said while he did not share some of the views of the security minister, he was more amenable to the establishment of the review board on the basis of government policy which embraces the setting up of boards of commissioners for certain critical agencies.

The bodies for which boards of commissioners have already been set up include the Electoral Office of Jamaica and the Securities Commission. A parliamentary committee is now examining legislation to establish an Integrity Commission which would subsume the work of the Corruption Prevention Commission, the Office of the Contractor General and the current Integrity Commission. A board of commissioners will be set to oversee this new body. Government is also contemplating plans to set up a review board for the Office of Utilities Regulation.