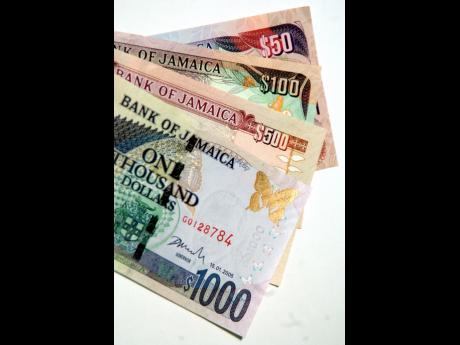 Police investigators are still trying to determine how a 17-year-old boy came into possession of more than half a million dollars in cash.

The boy was reportedly held with the cash in multiple bags and boxes on a passenger bus last Friday evening.

A source close to the investigation told The Sunday Gleaner that the teen told police that he was on his way to Westmoreland when he was held on the bus.

The teen's identity had not been released up to late yesterday, but police sources say it is believed that he is from Fletcher's Land in west Kingston, and the money could be proceeds from the lottery scam.

The Jamaica Constabulary Force's Corporate Communications Unit (CCU) said the teen was taken into custody for suspected breaches of the Proceeds of Crime Act.

The police report that the 17-year-old was a passenger on a bus travelling from Kingston to Montego Bay.

The driver of bus was instructed to stop by members of a police team conducting vehicular checks along the Wiltshire main road when a box was seen unaccompanied under a seat.

The teen admitted that the box was his, and when it was searched the police found the cash. Other parcels in the possession of the boy were searched and more money found.

The CCU said the money was seized after the teen could not satisfactorily account for how it came into his possession.

"I believed it was about $3 million when I saw the police just taking out money and money and money," a passenger on the bus told The Sunday Gleaner.

"It was nuff, nuff money and the boy look so young," added the passenger.