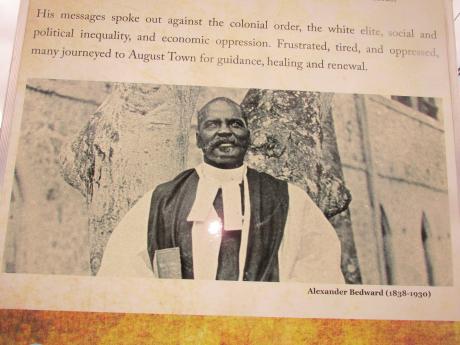 Paul Williams
Alexander Bedward (1859-1930) was a legendary folk hero, Revivalist, spiritual leader, and black nationalist, whose black-empowerment, selfsufficiency, unifying and millennial messages were regarded by the colonial authorities as seditious. 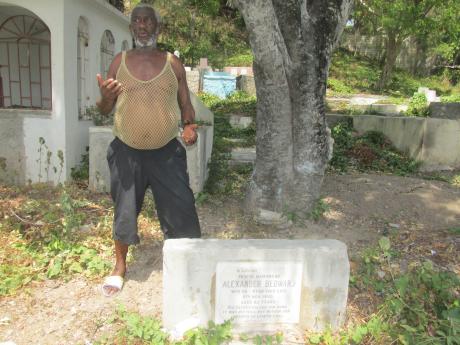 Paul H. Williams
Standing beside the grave of Alexander Bedward, Lloyd Henry, whose grandparents were Bedwardites, grew up in August Town when people lived as one, he said, touch one, and you have to touch all. 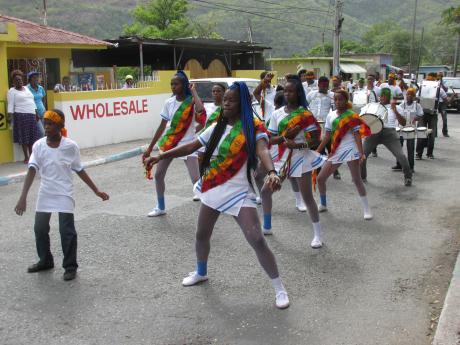 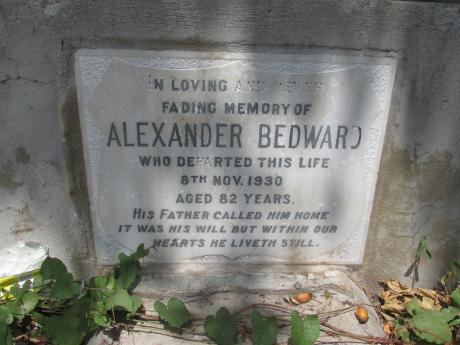 Paul H. Williams
Tombstone of Alexander Bedward. His grave is in the Bedward Cemetery at August Town, St Andrew. 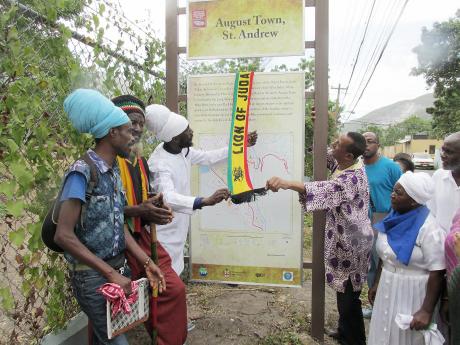 Paul H. Williams
Dancehall star Sizzla (third left) and Member of Parliament André Hylton (fourth right) join in the celebration of the legacy of noted spiritual leader Alexander Bedward, by unveiling signage to the church that he founded at Bryce Hill, in August Town, St Andrew, on Saturday.
1
2
3
4
5

It's actually about the legendary folk hero, Revivalist, spiritual leader, and black nationalist, Alexander Bedward, whose black-empowerment, self-sufficiency, unifying and millennial messages were regarded by the colonial authorities as seditious.

The Charismatic leader was a beacon of hope for many disillusioned, impoverished, landless and jobless people, who were still suffering from the negative psychological and mental impact of slavery. Into the healing stream, Bedward dipped his followers to cure them of their spiritual and physical afflictions.

Born in 1859, 21 years after Emancipation, Bedward came to prominence in the 1880s. He was to draw a huge following, with people from all over the island flocking to his temple and healing stream. Some of his utterances and actions were considered lunacy, and in 1921 he was locked up in an asylum, where he died in 1930.

Bedward, the claim goes, said he would ascend to heaven on a particular day; his followers believed him. They marched to a place, then known as Race Course, on the day of the flight. But as hard as he tried, Bedward could not take off. One anecdote said he actually broke a leg in his ascension attempt. His imprisonment marked the beginning of the decline of the movement.

A section of a story board erected on the property on which the ruins of Bedward's temple still stand reads, "Bedward's church stands today as a symbol of resistance, hope, and empowerment."

Bedward's stonework temple was destroyed by 1951's Hurricane Charlie. His healing stream, the Hope River, is all but dead, and the Bedward Cemetery is full to capacity. In it are many Bedwardites. Silt has partially covered Bedward's grave, and August Town is mired in social challenges. But the story of Bedward is alive and well.

Yet, the lunacy element of that colourful narrative is what many people want to lay to rest, once and for all. They are adamant that Bedward was not a madman, as he was made out to be by the people who wanted to put him away. And, as such, his name must be cleared, and due respect given.

The argument is that Bedward had to be locked away because he was too powerful. The Establishment, government and Church saw him as a threat to their authority and influence. Bedward was fulfilling a spiritual need that State and Church were insensitive about or couldn't meet.

AndrÈ Hylton, member of parliament for Eastern St Andrew, the constituency in which Bedward's story unfolded, is one of the voices calling for the vindication of Bedward.

In an address, during the ceremony to mark the 177th anniversary of August Town's renaming and Emancipation, on Saturday, Hylton said: "Today, we are mashing down the lies and erasing the garbage from our minds that has been fed to us, and truly embrace the legacy of our black nationalist."

The ceremony was held in the ruins of Bedward's church at August Town.

Hylton said the "mission" "to appreciate more of our own black nationalists, including Bedward, who have done us proud" is being "accelerated with the support of the minister of tourism, minister of youth and culture, minister of justice, the Sizzla Youth Foundation, and the entire community of August Town".

Speaking with The Gleaner after the unveiling of a story board at Bryce Hill, Hylton continued his call for exoneration, saying it was a momentous day for the people of August Town and the people of Jamaica.

"We are righting the wrong that was done to one of our black leaders, a black nationalist who fought for the rights of people," Hylton said. "The story that is being told about Bedward must change to the real story. He was maligned by the system, the colonial masters, the Church and the media. We must now tell the true story."

Hylton was not alone in his call for vindication.

Robert Campbell, an elderly resident of African Gardens, and a descendant of Bewardites, told The Gleaner that one of his roles "is to destroy the myth that Bedward was a madman".

"We are here to rebuild the image of Bedward, and we are moving forward in executing some of the dreams of Bedward," Campbell declared.