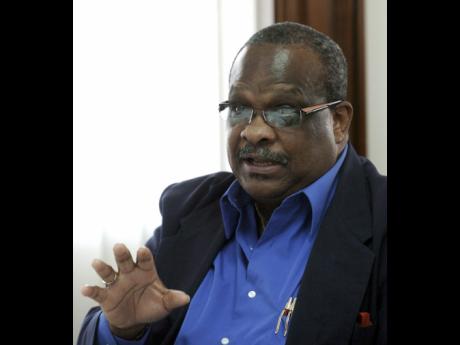 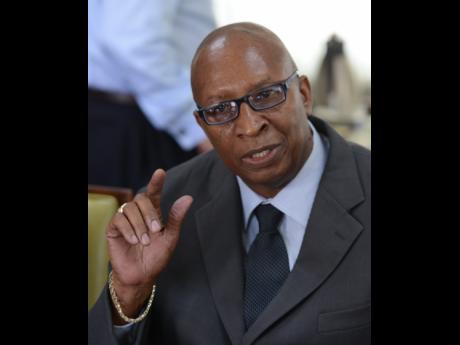 THE NATION'S crime chief has taken issue with public comments made by one lawmaker that the lottery scam, which police investigators say has left a trail of death across the Second City, provides an economic windfall for businesses in St James.

Citing as examples the "palatial dwellings" being constructed in the parish, central St James Member of Parliament Lloyd B. Smith told a business forum last week something most Jamaicans already know: that a wide cross-section of the society has benefited from the scam.

Yesterday, Smith, who is also the deputy Speaker of the House of Representatives, went further, suggesting that these business owners should now contribute to the various social-intervention programmes that seek to target at-risk young people.

However, conceding that the scam has benefited legitimate businesses, Glenmore Hinds, the deputy commissioner of police who heads the crime portfolio, questioned whether "dirty money" should be allowed into the Jamaican economy and appealed to church leaders and other civil society groups to speak out against the scheme.

"It does [benefit businesses], [but] likewise contract killings, likewise drug activities, likewise firearms trafficking ... . They all contribute to the economy. Is that the kind of money you want in the economy?" Hinds questioned.

"Money laundering is still an offence and persons involved in lottery scamming, that's what they do, launder their money in the economy, and it is illegal," he underscored.

It was a view shared by Tourism Minister Dr Wykeham McNeill, who compared the lottery scam to the narcotics trade.

"It is the negative effects that it has on the development of your country. So whatever minor proceeds you might get from those activities, the real harm you are having is Jamaicans who are unable to live in peace," McNeill said.

"So you have to stop looking at the short-term issues and really look at the long term. This country will never develop until we get rid of the scourge," he continued.

However, Smith - a first-time lawmaker - refused to backtrack yesterday.

He explained that his comments were aimed at highlighting the need for more public-private-sector-funded social-intervention programmes that target persons who may be tempted to get involved in the scam because of the lack of opportunities.

"I was basically saying the fact that the lottery scam has brought so much into the economy, then those persons who have been benefiting from it should now turn around and assist, and not much of that is happening," Smith told The Gleaner.

He sought to make it clear that he was not advocating for 'dirty money' to be allowed into the formal system but cautioned that this was already happening.

"The money is already expended," he insisted.

Hinds, however, took a different view, urging business, church, and school leaders to come together and insist that they will not, knowingly, share in the proceeds of the lottery scam and that they will discourage their constituents from doing so.

In singling out the Church, the crime chief said while there is no evidence that they are accepting offering derived from lottery scam activities, "I am saying that church members are involved [in the scam]."

"So it is for the church leadership to say, 'If you are involved in lottery scamming, don't put your money in the collection plate'," he emphasised.