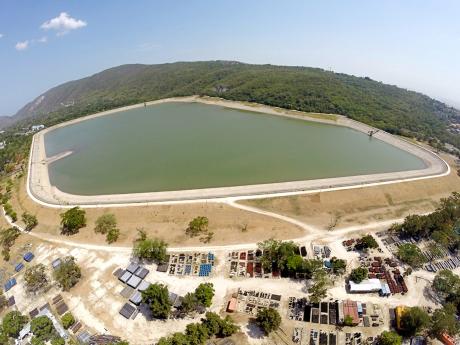 The dry spells have been affecting not just Jamaica, but other parts of the region. This recent aerial photo of the Mona Reservoir reflects the Jamaican reality. 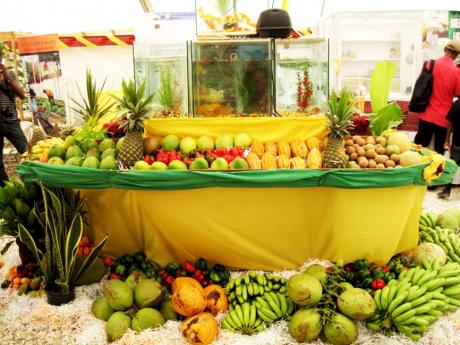 File
Despite the parched lands almost everywhere, the Denbigh Agricultural and Industrial Food Show, in Clarendon is being hailed as a huge success. This was one of the many displays.
1
2

The fact that there was no water coming from the face-basin tap on Tuesday did not faze Pamella Thomas. After all, experiencing severe drought conditions was nothing new for her. The reality for Thomas, however, was that she was in fact in a hotel in Jamaica, far removed from home.

"To be experiencing the same thing in Jamaica, it was normal for me, because at home, we don't have water for like a whole week," Thomas shared with The Gleaner. "We are feeling the very same effects back home, so it just felt like being back home. It wasn't anything unusual; it was normal."

Thomas, who is from Antigua and Barbuda, is a director of the Caribbean Association of Farmer's Network (CaFAN). She explained the impact of the prolonged drought continues to seriously impact the availability of crop and livestock production.

"In terms of the agricultural impact, it's really, really severe. There is presently hardly any food on the island. As a matter of fact, we just hosted our annual Mango Festival and there was hardly any mangoes, which is quite unusual to what we are accustomed to. There were a number of mango products, but not the quantity of mangoes we would ordinarily have," she explained.

The country is now looking to source roots and tubers from the neighbouring islands of Grenada and St Vincent & The Grenadines in order to address the decline in food production. And things could get worse if the weather forecast holds true, according to Thomas.

"When I left home on the 31st of July, the last update from the Met Office was that our water supply can only last up to the next weeks. Normally, we would get a heavy rainfall in May. This year, that did not happen. We were really anticipating some showers. We're now looking to the September rains, which we would normally have, and hoping and praying that God would find favour with us and send us those rains that we so desperately need," she said.

But even as she looks to divine intervention, Thomas admits that the population of Antigua and Barbuda is awakening to the reality of the devastating effect of a global phenomenon.

Meanwhile, Thomas, who was in the island to participate in the launch of the 'Sustainable, Profitable Value Chains and Market Linkages in the Caribbean' project, also used the occasion to attend the Denbigh Agricultural, Industrial and Food Show.

"I was very impressed, I'm overwhelmed," she shared with The Gleaner. "I mean, it's huge, even the acreage of the land, 52 acres; that's like almost the whole of Antigua and Barbuda," she said with a laugh. "To see the many displays of livestock and foods and the community spirit and just the way the people were able to gel together."

Of particular interest to the Antiguan were the displays of business entities showcasing goods and services which fall outside the traditional agricultural sector, with information technology (IT) catching her eye.

Antigua launches public education campaign ahead of referendum on CCJ