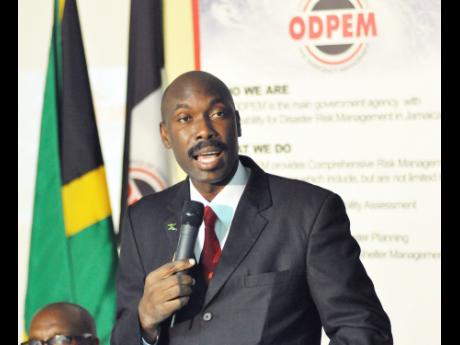 GANG VIOLENCE in schools, the smoking of marijuana, and school vending are issues on the priority list for the Safe Schools Branch as the new academic year approaches.

Making reference to the training of deans of discipline, which took place earlier this year, Sergeant Coleridge Minto, director of safety and security in schools, in the Ministry of Education, said that it is imperative that persons responsible for enforcing discipline within schools are equipped.

"We trained the deans in areas of writing reports and being able to detect things better. I was shown a weapon where a student used a pen to disguise an ice pick. Looking at it, you would think it's a pen, but when you scrap it, you see a very sharp object. We can't take these things lightly," Minto declared.

He highlighted the smoking of marijuana as another serious issue to be addressed by the ministry. "We are currently putting together a document to see how best we can tackle the issue. Based on data we continue to receive from the National Council on Drug Abuse, we are concerned that students continue to have access to illegal substances. We have to find ways to combat these things," he continued.

Turning to the issue of vending, Minto said there have been allegations that students obtain weapons from vendors to inflict serious injury on other students. "Vending will be a critical issue going forward. We are seeking to engage the police and other stakeholders because we have to ensure that our schools remain a safe environment," he added.

Minto also indicated that schools will have to establish more effective boards and committees that add value to security and safety.

"The Ministry of Education is mandating all schools, board chairs, and principals to ensure that there is a safety and security committee established, which should comprise a member of the school board, the parent-teacher association, and a school resource officer," he pointed out.

"We also ordered 135 metal detectors for the new school year. What we are seeking to do is to replace the old ones and those that are not functioning. We are serious about ensuring that weapons or sharp objects do not enter schools," he charged.