Auchtembeddie: dying one service at a time 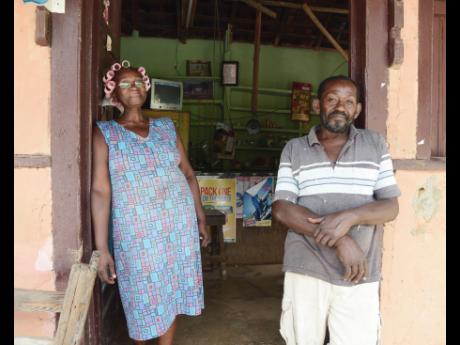 Ian Allen
A couple outside their once-thriving grocery shop with the now empty shelves in the background telling the tale of the slow death of Auchtembeddie. 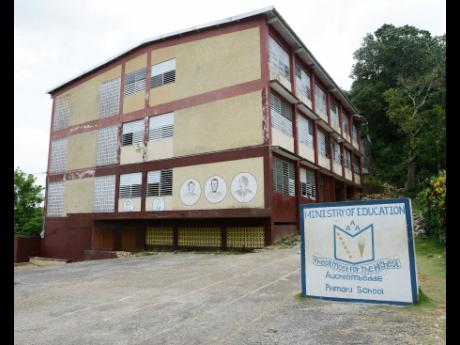 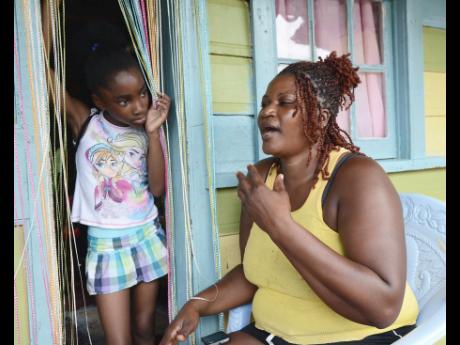 Ian Allen
An emotional Feona Mitchell describing the slow deat of Auchtembeddie while a child looks on.
1
2
3

Feona Mitchell and her neighbours wept openly when it was announced that the primary school in their North West Manchester community will not be open come September.

While their tears were prompted by news of the school's impending closure, it is the seeming slow death of their community which is breaking their hearts.

Having lost most of their young people to the lure of more urban communities, as well as their health centre and post office, Mitchell and her neighbours believe it's now time to cross Auchtembeddie off the map of Jamaica.

"The clinic gone, the post office gone, and now the school gone. Just as well the road block and nobody no pass through here again," said Mitchell, who, like most of the other residents in Auchtembeddie, had been educated at the primary school.

Up to the end of the last school year, three of Mitchell's children and her grandchild were enrolled at the school. She has since been instructed to have them registered at one of three schools located in neighbouring districts, but the unemployed mother believes this change is going to take a huge toll on her already 'bruk' pocket.

Auchtembeddie is one of 18 primary schools that will be closed by the Ministry of Education come September, due to their small population, among other factors.

Mitchell and other parents had staged a protest following the announcement of the school's closure and had pleaded with the ministry to preserve what was for them their last remaining symbol of civilisation, but to no avail.

" All the talk we talk, what the ministry say is really true, because they say they need 100 children and we have only 53 enrolled, so we can't do nothing more," she conceded.

"I am old now, so I cannot have any more pickney. A pickney it want and I am not going to have any more," said the mother of five.

There are concerns that some of these 18 school buildings will join the long list of 'white elephants' in Jamaica, but Member of Parliament for North Manchester Mikael Phillips assures that this will not be the case for Auchtembeddie which was started more that 40 years ago by the Anglican diocese.

According to Phillips, he intends to speak to representatives of the church about the prospect of transforming the school into a resource centre, but even that will be a challenge, as money will have to be pumped into bringing the building up to standard.

Just the roof alone is going to cost between $4 million and $7 million to be repaired, and he will not be able to do so any time soon.