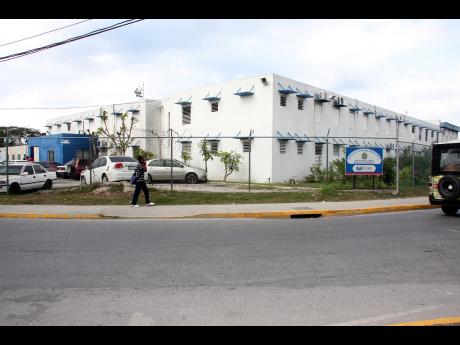 "Freed. I am free. Lord Jesus, I am free!" shouted Constable Alecia Hutchinson last week, after Resident Magistrate Carolyn Tie ruled that the prosecution had not proved a case against her.

For 31 months Hutchinson lived with the threat of a prison sentence hanging over her head after she was charged with breaches of the Corruption Prevention Act and aiding and abetting the unlawful release of a prisoner.

It was alleged the Hutchinson collected $200,000 from the girlfriend of Greg Taylor - who was in custody in connection with several crimes - to aid in his release from the Freeport lock-up in Montego Bay, St James, in January 2013.

But Hutchinson denied the charge as she argued that she was on duty in Westmoreland, at the Savanna-la-Mar Police Station, several miles away, on the day the prisoner was released.

"All the relevant documents at that station can prove that I was there," declared Hutchinson.

According to Hutchinson, she was denied clothes, food and visits which she was entitled to, and was not charged until the 14th day after the arrest.

She said she was taken to court on day 15 and granted a $1-million bail, but a series of "mysterious" incidents led to her being bailed days after it was offered.

Now that she has been cleared by the court, Hutchinson is telling her story, adamant that she did nothing wrong and disappointed that she was abandoned by those she expected to support her in her darkest hour.

"I have learnt so many things during this period of two years and five months, eight mention dates, 36 court trial dates before I was freed last week.

"I was on suspension and when you are on suspension you get no salary. For the entire period, there was not even a call from the Police Federation, the union that represents me," said Hutchinson.

"The Federation is quick to assist the police officers on murder charges. But in my case, the Federation apparently found me guilty and didn't assist in any way. My mother is sick. My family suffered. I suffered. My child suffered for something I did not do. Something I could not have done," added the relieved cop.

Hutchinson was charged along with Raymond Johnson, another cop, for aiding and abetting the removal of a prisoner from the Freeport lock-up, while a third cop who was also arrested, Constable Kirton Green, was freed of a charge of corruptly soliciting money, after the prosecution failed to prove that he had taken money from the prisoner.

Last week, Hutchinson recounted how she was taken to the lock-up in a seven-car entourage with sirens blaring on the day she was arrested.

"I felt dirty. I felt like a criminal and I know I could not have done what I was accused of, and for what I would have to wait another 14 days to be charged.

"Interestingly, I was charged for aiding and abetting the release of a prisoner. To date no one was implicated on the primary charge of the unlawful release, and no one was charged," said Hutchinson.

She said police witnesses described her as having "four different hair-styles, clothes, none of which I was wearing, and the vehicle said to have been used to transport the prisoner was in garage three months before I was charged until weeks after I was bailed".

According to Hutchinson, it was with the assistance of family the and friends that she was able to find the more than $1.6 million it cost her for transportation between Manchester, where she lives, and Trelawny, where the trial was held.

"I uphold the law as a cop, and moreover, the law of the land is my guide as I do my job. I make it my duty to know the law. And that is why I am hurt, because the very law I must uphold was used to injure my reputation as a person and as a cop," lamented Hutchinson.