NEPA press through with development orders despite constraints 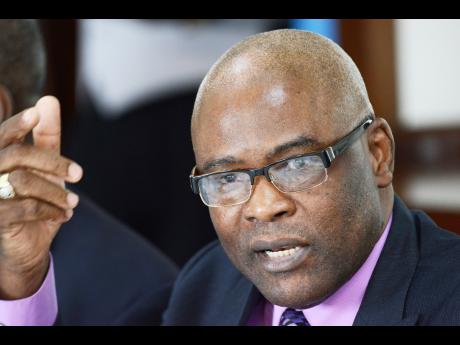 Pointing to severe constraints in tackling issues of land usage and climate change, Chief Executive Officer at the National Environment Planning Agency (NEPA) Peter Knight says he is expecting that development orders for the entire island will be completed by the 2016-2017 financial year.

In an interview with The Gleaner, Knight indicated that in light of increasing impacts of climate change, the orders, in addition to the completion of the national spatial plan, will be a priority for the agency as a platform to increase mitigation and adaptation strategies.

Knight noted that work is advanced in the preparation of development orders for Kingston and St Andrew, St Thomas and St James in addition to the four others who were confirmed by Minister Robert Pickersgill, but stressed that it would take some time.

The orders will zone communities and state-permitted commercial activities. It's also a platform to guide land use and land use changes in addition to facilitating the protection and conservation of the natural environment.

"Going forward, we recognise that climate change will be even more critical which is why it is even more critical that we complete our National Spatial Plan, but that has been presenting us with a challenge, not a technical challenge but a financing one. It's important however that we move as swiftly as possible, as this will clearly set out spatially how we use our lands and would also determine uses of land along our coastal areas," Knight told The Gleaner.

"We have also continued with the process of completing the parish development orders, the minister confirmed four new development orders in April, for Manchester, Portland, Trelawny and Negril, Green Island. We have a number of others in various stages of readiness, the challenge we have is that chief parliamentary council (CPC), doesn't have the capacity to deal quickly and efficiently with them because they are constrained with doing other critical Legislation," he said.

He added, I'm not complaining but it is certainly a constraint. The CPC has been kind and they have approved those four for us, we are waiting on them with the others but they just don't have the capacity to go as fast as we are going."

Knight also noted that amendments will be coming for environmental impact assessments (EIA) as an avenue to ensuring that critical aspects of climate are included.

An EIA is a study of the effects (positive and negative) of a proposed action on the area in which the development is to be carried out.

"Currently, we are in the process of doing amending the EIA regulations. We have asked the climate change division to get involved, just yesterday my director had a discussion with the director of environment management and risk reduction in the ministry to see if we are have buttoned down on the issues because these are regulation that will be legally binding."