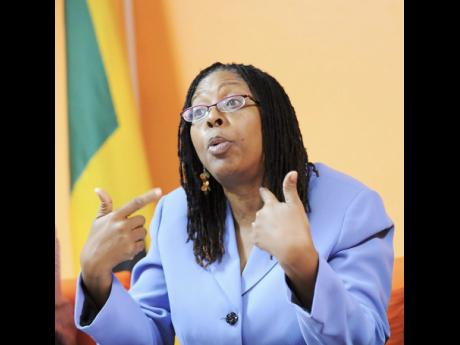 Criminals operating in Coronation Market and surrounding areas continue to pose a serious challenge for the Kingston and St Andrew Corporation's (KSAC) collection of fees from vendors.

Mayor of Kingston Angela Brown Burke said a number of issues impact the ability of the KSAC to collect fees from vendors.

"Coronation Market is still one of the markets that we are not satisfied with in terms of compliance, because we know that we could very easily improve the compliance there ... but a number of issues prevent us from doing, and a part of it is the ingrained criminality around the market and its operations," she said.

Brown Burke went on to explain that the KSAC is working with the police to apprehend the criminals in the market.

"The criminality in the market has been cemented over generations and it is a way of being. We are clear that we cannot do it alone but that we need the assistance of the police and vendors who are able to cooperate who are released from their fear. We are aware that there are some individuals among the team we have currently who are also part of the criminality. What we have been seeking to do is collect that kind of information that will allow us to act in a manner that can improve the group we have working with," she added.

The mayor pointed out that fees have been used to carry out improvement works on bathroom facilities in several markets across the Corporate Area. She also noted that the KSAC is in discussions with vendors with a view to offer additional services.

"It is not just about collecting fees, but also about personal deve-lopment and how we can help. When we started out with the handcart registration, we made sure that we facilitated registration for tax registration number and also brought persons from the National Housing Trust and the National Insurance Scheme," she said.

Brown Burke also argued that the market district was important to the Jamaican economy.

"I believe that the market is of tremendous economic value. Certainly we know that thousands, if not millions, of dollars change hands within the markets. We recognise that it is one of those areas where we actually see the manifestation of the role that cities are beginning to play.

"Even though we have about 700,000 persons living in Kingston, you have about one million persons passing through for economic activity ... which is why we have been looking at how we improve the conditions, starting with the bathrooms," she said.