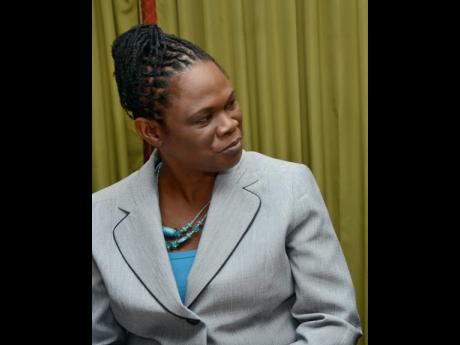 File
Powell-Wilson ... the resources that are being spent on high school sixth forms could be better used to strengthen first to fifth form.

The increase in the number of high schools offering sixth-form programmes has become a concern for the Council of Community Colleges of Jamaica (CCCJ).

The council has argued that high school sixth-form programmes represent an inefficient use of limited school resources.

Powell-Wilson added: "What was happening in the early 1970s was you had five students at school 'A' doing 'A' levels and another three doing it at another institution, so it was felt at the time that it would better serve us if we had one institution in this particular geographic region and the students would come there from the different schools within that locale to access the sixth-form programme. We have moved away from that for many reasons."

Said Powell-Wilson: "The resources that are being spent on high school sixth forms could be better used to strengthen first to fifth form, so these resources would be used to improve the academic performance of grades one to five."

News reports dating back to 2004 indicate that a move by the ministry to stop the proliferation of sixth forms in western Jamaica was met with strong resistance.

According to the reports, ministry officials from the regional office told principals that no additional sixth forms would be accommodated and that graduates were to be sent to community colleges in either Brown's Town, St Ann, or Montego Bay in St James.

The reports also noted that the ministry's stance in the matter at that time was that high schools were only built to accommodate grades seven to 11, and there was simply no space for sixth forms. Another concern expressed by the ministry at the time was that it would have to foot the bill for additional sixth-form programmes given that schools lacked the financial resources to sustain these programmes.

Maxine Henry-Wilson, who was then minister of education, argued that the expense associated with sixth-form programmes is excessive.

That stance of the ministry's appears to have taken an about-turn given that a request from the CCCJ to education minister Ronald Thwaites, for a policy to curtail high school sixth forms, has fallen on deaf ears.

"We have met with the ministry and expressed our concerns about the proliferation of sixth forms, and that was from last year, so this is not something new ... . We have asked the minister to curtail the number of schools that would be given approval to offer sixth form, and that was last year. We have seen where more schools are offering sixth form, so we are not sure if our request was accepted," Powell-Wilson told The Gleaner.

Figures for the total number of sixth forms approved by the Ministry of Education were not provided up to press time.