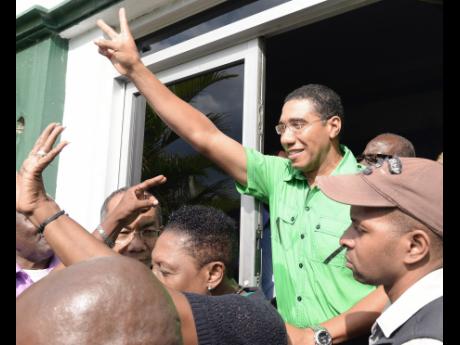 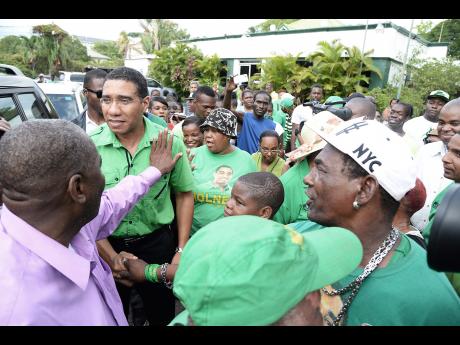 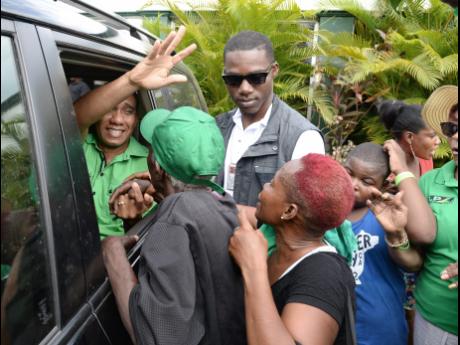 Ending almost a week of speculation, Andrew Holness remained leader of the Opposition when he stepped out to greet supporters at the end of yesterday's parliamentary caucus at the Jamaica Labour Party's (JLP) Belmont Road, New Kingston, headquarters.

Despite reports that several JLP members of parliament had lost confidence in Holness and that an attempt would be made to force him to step down, Derrick Smith, the leader of opposition business who chaired yesterday's meeting, declared there had been no challenge to his position.

Instead, Holness and Smith revealed 'Project Victory' as the platform the party would bank on to unite the forces for the impending election contest.

A general election is due by December 2016, but indications are that Prime Minister Portia Simpson Miller could take the nation back to the polls before the end of this year.

Yesterday, Smith said the details of 'Project Victory', which "gained general acceptance" as the way forward, would be fleshed out in the days ahead.

Insiders told The Gleaner that Holness would be closely monitored even as he is given breathing room to usher the troubled organisation forward.

A seemingly united group of opposition parliamentarians faced journalists during an impromptu assembly after frustrated supporters stormed the gates of the Belmont Road headquarters.

Nineteen of the 21 JLP members of parliament were present at the short meeting with journalists - James Robertson, an avowed detractor of Holness, who is said to have had a previous engagement, left early and Edmund Bartlett, who has shifted his support to Holness, is off the island.

Although Smith steered clear of issues surrounding the party leader's troubles, there are indications that there was a splintering of the anti-Holness coalition as two vocal members reportedly balked at the prospect of a vote yesterday.

Asked whether there was any move to remove Holness, Smith said: "Never. There was not even a suggestion."

In addition to 'Project Victory', which Holness announced to supporters while opting not to speak with the media, Smith said a programme had been fleshed out to address some of the deficiencies in the party.

Smith characterised the meeting as "very cordial, allowing us to come to consensus on some outstanding issues".