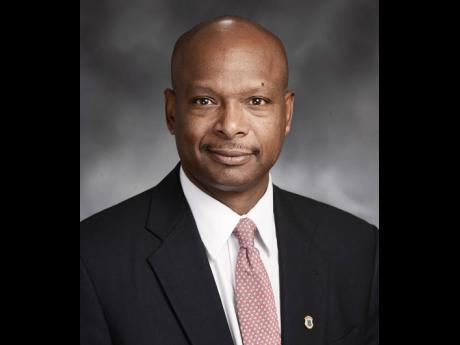 American law-enforcement expert Dr Daniel Isom will be the keynote speaker at the Jamaican Fellows of the Eisenhower Fellowships' 25th anniversary banquet, which will be hosted jointly with the National Crime Prevention Fund later this year.

Isom, who played a critical role in the assessment and evaluation of the recent unrest in Ferguson, Missouri, in the United States (US), has written articles about the unification of the police and the community to better the safety of the people. He is slated to discuss crime-fighting initiatives in the age of social media, among other issues related to community relations and policing, as part of his address.

It is expected that Isom will join Jamaican Fellows in visits to the commissioner of police, the Ministry of Justice, and other officials, reflecting the Fellowships' spirit of global collaboration and exchange.

"As a former police officer, police chief, father, and lifelong resident of this area, I want to make sure we seize this opportunity to make St Louis a better place for everyone to live and achieve their dreams," stated Isom, speaking on his commitment to the Ferguson Commission.

The Ferguson Commission is a group that studies the underlying social and economic conditions underscored by the unrest in the wake of the death of Michael Brown. The commission seeks to help chart a new path towards healing and positive change for the residents of the St Louis region.

However, as the challenges faced there are not unique to the region, the commission looks to serve as a role model and offer best practices to communities across the US.

Isom began his career in law enforcement as a police officer on the street and rose to become chief of one of Missouri's largest police departments.

He joined the St Louis Police Department on August 29, 1988, and was promoted through the ranks, finally to major in 2007. He worked as the special projects assistant to the chief of police until his promotion to chief of police. He is an adjunct professor at Harris Stowe State University and an instructor at St Louis Community College, where he teaches criminal justice, criminology, and public safety courses. He has received a bachelor's, master's and a PhD in criminology and criminal justice, all from the University of Missouri-St Louis.

"Under his direction, crime in the city of St Louis had decreased each year," a statement from the Fellowships read. "He is a progressive advocate for elevating the standards of professionalism for law enforcement and strengthening the relationship between the police and citizens."

On his fellowship to Germany and Ireland, Isom sought to identify the best practices in elevating the academic rigour of law-enforcement training and creating a model of shared responsibility among law-enforcement agencies.