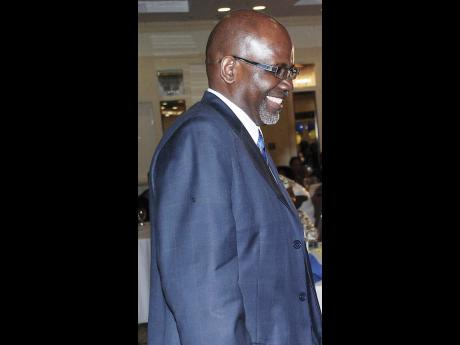 Arguing that the sentiment among many Jamaica Labour Party (JLP) supporters that the leadership should forget about big donors who have seemingly abandoned the party is misplaced, parliamentary hopeful Dr St Aubyn Bartlett has challenged persons to commit to donating $2,000 a week to run the political party.

Bartlett, who twice represented Eastern St Andrew in the House of Representatives, and is now the caretaker for Central Manchester, used the social networking site, Facebook, to call on ground troops to step forward with funding.

"How many of us Labourites really want to see our party succeed in this harsh financial reality? Indicate by commenting on this post and send $2,000 per week to Belmont Road," Bartlett's post read.

While stating that "the bills are piling up" at the JLP's Belmont Road headquarters, Bartlett said his intention behind the post was not really to solicit funding support but rather to get an idea of the extent to which people are willing to provide financial support.

"If it is that the guys are turning their backs on us and we have no money ..., if big donors won't work, then grassroot people will come forward; and if that is the hypothesis, then from the very informal thing that I have done, it indicates that the grassroots are not ready yet or have shown they have the ability to fill the breach," he said.

A few persons commenting on the Facebook post suggested that a $500 contribution was more reasonable, but others were not as accommodating of the idea.

One person who responded said "You can't be serious", and another asked if "someone hijacked Mr St Aubyn Bartlett profile?"

In addition to his post soliciting $2,000, Bartlett said: "How many of us Labourites think we should tell the money people to take their dollars and go? Like and comment with the alternative."

While conceding that Facebook could not properly gauge support for funding from the grassroots, Bartlett said the response clearly suggests that "they really do not have the funds to fund a party, and so when they are cussing and talking about 'Let those who have money go about their business', the question is how do you then get the money to finance the party?"

He added: "It is said that politics can't run on cool breeze and water. It takes cash to care. The persons out there who are the workers, you don't get them to move an inch if they don't know how they are going to be paid," Bartlett said.