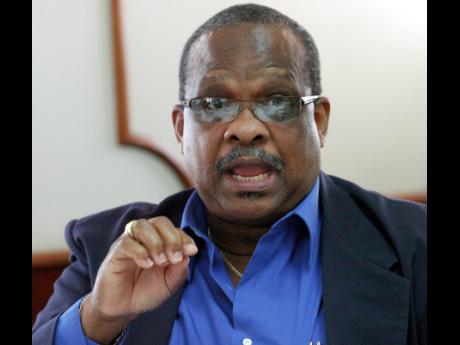 With seven former Jamaica Labour Party (JLP) members lining up to join the People's National Party (PNP), one so-called turncoat has called for an end to divisive language used to categorise persons who have crossed political lines.

Lloyd B. Smith, member of parliament for Central St James, told The Gleaner yesterday he was very disturbed by the constant reference to people's political past by members and supporters of the PNP.

"All of us who may have been involved with the JLP have been subjected to some amount of opposition from time to time," Smith told The Gleaner yesterday.

"It is something that the leadership of the party needs to address both privately and publicly because politics is dynamic and we are a small country. This sort of tribal approach I will not support. We are all Jamaicans and we chose our own destiny based on our own circumstances and based on the opportunities that present themselves from time to time," he added.

A nasty gash has opened up in the 77-year-old PNP with several of its members who were affiliated with the JLP being constantly reminded of their history.

Lisa Hanna, a minister of government and chairman for the PNP's Region One, which covers constituencies in St Ann and Trelawny, was recently reminded by Dr Dayton Campbell, a fellow PNP parliamentarian, of her close association with the the JLP in the past.

Hanna, the youth minister, shares a child with David Panton, a former JLP senator and founding member of Generation 2000, the professional affiliate of that party.

Hanna has denied ever being a member of the JLP.

Hayles, the MP for Western Hanover, is challenging Dr Duncan for the job of PNP Region Five chairman. He was once the protÈgÈ of Edward Seaga, a former JLP leader, and was a member of that party before switching to the PNP on the eve of the 2007 general election.

The National Executive Council (NEC) of the PNP recently decided against approving membership for former JLP firebrand, Joan Gordon Webley, sending her application back to the executive for reconsideration.

"It makes one very uncomfortable because it is almost like a witch hunt, and I think it is most unfortunate," said Smith, who represented the JLP in the 1997 general election.

He noted that Jamaica's political history is replete with examples of people changing political allegiance, pointing out, for example, that JLP founder Sir Alexander Bustamante, was a member of the PNP.

Attorney General Patrick Atkinson, who twice ran for the JLP, and now serves as MP for North Trelawny, said the anti-former-Labourite sentiment in the PNP is not a strong one.

Atkinson, who joined the PNP in 2007, one year after leaving the JLP, said: "I am not in the same sort of situation where I decide to move from one to the other."

He said that while he has heard some comments which can be interpreted as against former Labourites, it does not represent the realities in the party.

"I think what is happening is that certain persons, because of the positions that they hold, are getting a certain amount of press coverage, but I don't think it it is a widespread feeling in the party by a long shot," Atkinson said.