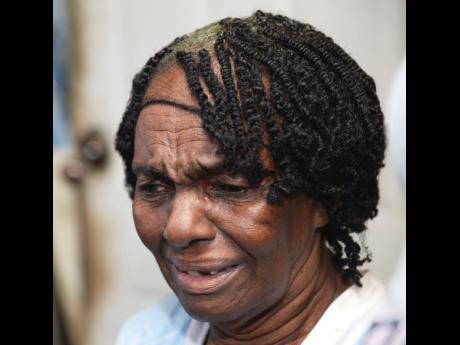 Jermaine Barnaby
Hyacinth Graham, mother of Delroy Roberts, burst into tears during an interview with The Gleaner at her home in Harbour Heights, St Andrew, yesterday. 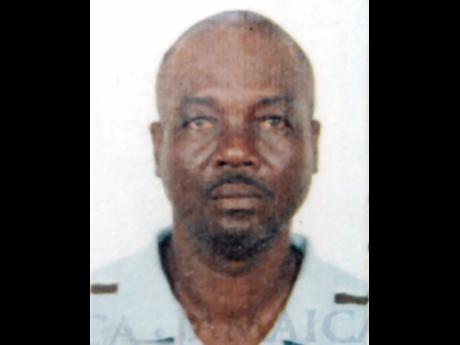 Jermaine Barnaby
Delroy Roberts who was killed in a JUTC accident in Downtown kingston on Monday. 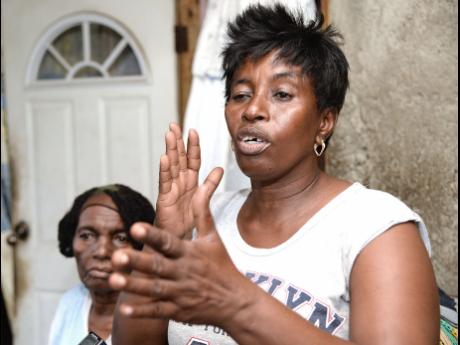 Jermaine Barnaby
Sheron Hewitt talks about the death of her brother, Delroy Roberts, during an interview with The Gleaner at their home in Harbour Heights, St Andrew, yesterday. Looking on is Hyacinth Graham, the mother of Hewitt and Roberts.
1
2
3

It has been days since slipper vendor Delroy Roberts was crushed to death by a Jamaica Urban Transit Company (JUTC) bus at West Parade in downtown Kingston, and still his elderly mother, Hyacinth Graham, sits on her veranda each evening awaiting her son's return home.

When it gets dark and still he does not return, Graham, 72, combs their Harbour Heights home in St Andrew, calling for her son.

Her search, however, usually ends at his empty bedside where she breaks down and cries uncontrollably.

"He was the first one for me. Is him go out and bring in food and any likkle thing that I'm in need of. Is him take me to church. Every second I cry. I can't tek it. I can't tek it because..." said the sickly woman, her words ambushed by a sudden burst of tears.

"Him a di first one. Me right hand," continued Graham, sniffling as she tried to regain her composure.

"If him go out and him stay over the time that him supposed to come home, I don't sleep. Monday him leave from out here and went to 'town and all now I don't see him come back. I just get the news that bus kill him," wept the woman, who suffers from hypertension and who is an amputee.

Roberts, 57, was killed shortly before 7 a.m. when the JUTC bus got out of control and slammed into a car before pinning him against a column metres from where he sold his footwear. Another woman and the driver of the bus were also injured and have since been hospitalised.

Relatives described Roberts as a skilled slipper builder and said he had only returned to selling his products last year after doctors told him that his years as a taxi driver were taking a toll on his back.

A breadwinner, he scoffed at their many attempts to dissuade him from returning to sell.

The incident has not only shaken Roberts' relatives but also fellow vendors and residents of Jones Town in Kingston, where he was considered one of the elders on '110 Corner' near Bryan Street in the community.

It seems his mother and his youngest of five children, Royan Roberts, 18, are taking the death the hardest, however.

Meanwhile, Robert's younger sister, Sheron Hewitt, has been the family's 'tower of strength' since the incident. It is she who has been consoling everyone else, she who has been making funeral arrangements, and she who identified his mangled remains.

Sheron works at the public restroom at the St William Grant Park in downtown, and said she watched as the bus swerved violently before colliding into her brother.

"Monday morning, just like every morning, is me and him go down to 'town about 6:00 and I turn to him and say 'Mr Parrot, later' and him say 'alright, Ms Black," she said, in reference to the nicknames they gave each other.

"As I go to the bathroom, Monday, I heard an explosion and when me look I see the bus hit the car and just go straight 'cross the road and me say 'Jesus Christ, me brother dead'."

She said she fainted several times between crossing the road from the park to the accident scene.

"When me go over there and see him body, me touch him and seh 'me brother, look how me tell you later and now you not going home with me'."

Hewitt said representatives from the JUTC have made contact with her and that she will be meeting with them today.