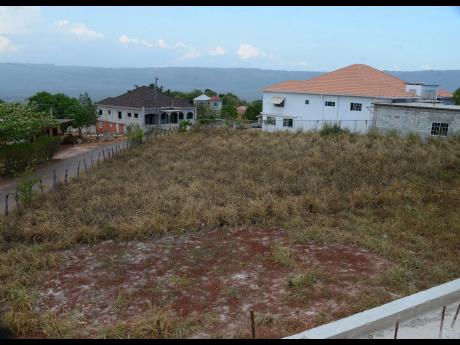 Ian Allen
Drought conditions have left much of the land in Red Bank, St Elizabeth parched. 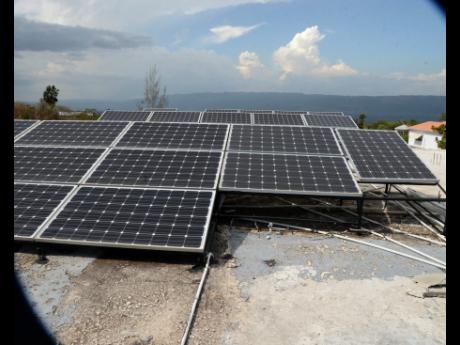 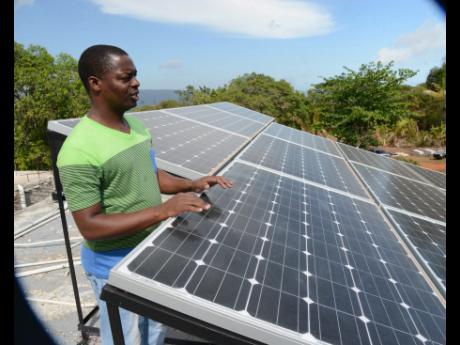 The lush green Malvern hills in the distance is in stark contrast to parched lands at Red Bank, St Elizabeth. Almost everywhere, farmers are busy pouring water on their plants, which are, for the most part, fighting an uphill battle against a wicked drought that threatens to bring everyone to their knees.

At Red Bank, there is no piped water, the catchments are dry, and the sun stands overhead like a wicked overseer. But it is not all bad. One man, Denroy Evans, has, for the past year, plugged into the element and is using solar power to drive his businesses.

Evans told The Gleaner that high electricity costs had threatened the survival of his business.

"One day I went to pay my bill and the lady looked at me and said, 'Mr Evans, wait, a weh yu a burn up deh suh?'" Evans recalled.

He had gone to a bill payment agency in Junction, five miles from Red Bank, to pay a Jamaica Public Service (JPS) bill of $100,000.

That was just over two years ago. Since then, he has invested roughly $4 million in a solar lighting system, and hardly has to deal with the JPS.

"With the high cost of energy, you have to find alternative sources. With the introduction of the solar system, we are now paying, depending on the time of the year, $6,000 to $12,000 per month. We have saved 85 to 90 per cent by installing solar, [the cost of] which will be recovered in about three to four years," Evans told The Gleaner.

The system, which has been mounted on the top of a building that serves as home for a farm store, a supermarket and a variety store, consists of 63 solar panels, 56 batteries, a 6,000 watt inverter, and three controllers for the charging system. It runs some 10 refrigerators, lights, computers, cameras and fans.

"On the average, I pull down about 80-kilowatt (kw) hours per day and use about 75kw hours daily. We get good weather. We don't get any rain and the sun is always out," Evans quipped.

He said that the use of renewable energy is definitely the way to go, but cautions that anybody who wishes to invest should first of all educate himself/herself about the system.

"I have seen many people install it and they don't even go into the battery room to check anything. What results is that the battery runs out of water ... you need to be integrally involved in your solar system," said Evans, who is a trained farmer and one-time teacher.

Light and power company JPS said that it is in favour of Jamaicans maximising the potential of solar and other renewable power. The company said, however, that the regulatory authorities must pay attention to the fact that the cost of operating the national grid is not dependent on the number of users.