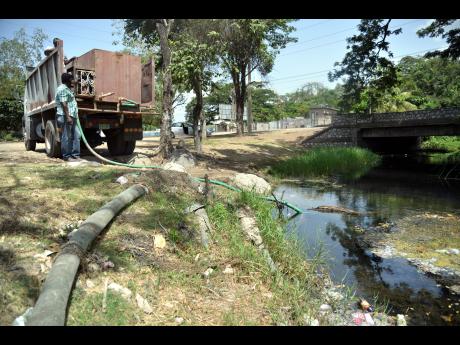 Norman Grindley
A trucker seen taking untreated water from the Duhaney River in St Catherine but he said the water was not for human consumption but to used at an construction site. 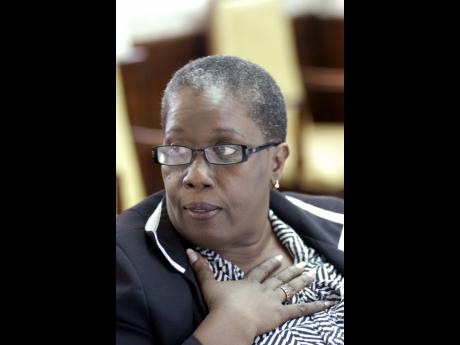 Scores of persons trying to survive the drought are purchasing potable water that might not be properly treated for human consumption.

The Water Resources Authority (WRA) and the Public Health Department are mandated to approve and monitor the suppliers of water, but some entities are not following the rules, and selling water that is untreated and could put Jamaicans at risk.

According to the WRA, it has a less than 40 per cent water extraction compliance rate, which means that some bulk-water providers could be supplying consumers with illegally acquired and poorly treated water for daily consumption.

"Some water trucks simply go to a river source and abstract water from that source without permission from the WRA or without any oversight from any government organisation," charged Geoffrey Marshall, senior hydro-geologist and head of the Permits and Licenses Unit at the WRA.

He said some sources might not be suitable for providing water for certain domestic purposes.

Marshall noted that potable water supplied by the National Water Commission and the island's parish councils is appropriately treated and monitored by the Ministry of Health and the Public Health Department, but this might not be the case from private suppliers.

"Anyone who wants to take water from a river or spring is required to get a licence to abstract, whether it is an individual or a corporation. It is illegal to simply pull up to a river and fill up a water truck for any purpose if you do not have a licence to abstract water at that location," warned Marshall.

He told The Sunday Gleaner that as part of bulk suppliers' contracts, they are required to submit monthly abstraction data and biennial water quality data to the WRA.

They should also have certification from the Public Health Department for their water quality.

Sunday Gleaner's sources have pointed to Duhaney River as one of the sources where truckers extract water without the proper certification or checks.

There have also been claims of trucks being seen off the Mandela Highway in St Catherine abstracting water. Truckers are also reportedly capitalising on the Spring Garden River in St Catherine, and multiple locations in Ocho Rios, St Ann.

Marshall's warning came as the Ministry of Health repeated its plea for Jamaicans to ensure that they treat water before use, especially water that is collected from untreated sources such as rivers, streams and other waterways.

"At this time of drought, several persons are collecting and storing water for domestic use from various sources. Persons are, therefore, advised to ensure that they treat their water before use, as it may not be safe for consumption," said director of health promotion and protection, Dr Sonia Copeland.

She noted that ways to make water safe include adding bleach and boiling.

She was supported by head of the School of Public Health and Health Technology, Professor Winston Davidson.

"Any water that is being trucked to be used as potable water for drinking must be boiled. For use for washing purposes, they don't have to boil it. That is, assuming that the water comes from legitimate sources. But once it goes into another container and is being moved around, you can't guarantee that the water will not be contaminated by anything," added Davidson.