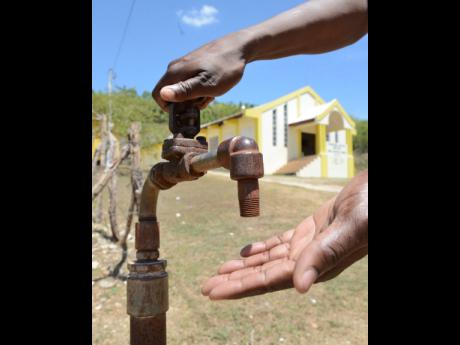 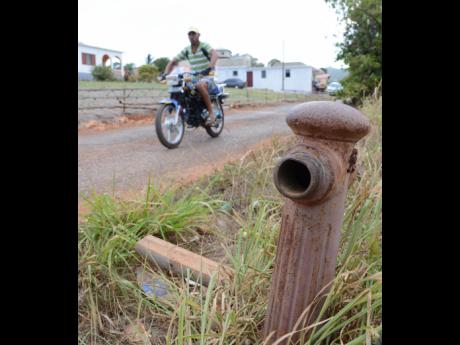 Ian Allen
An old fire hydrant at the side of the roadway in Ballards Valley, South East St Elizabeth, from which no water flows despite its missing cap. 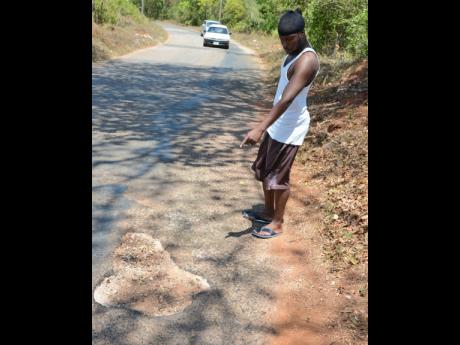 Ian Allen
Wayne Banton brings attention to a section of the Myersville main road in St Elizabeth where a water main had been laid from 2009 but residents have yet to benefit from a drip of water coming through it. 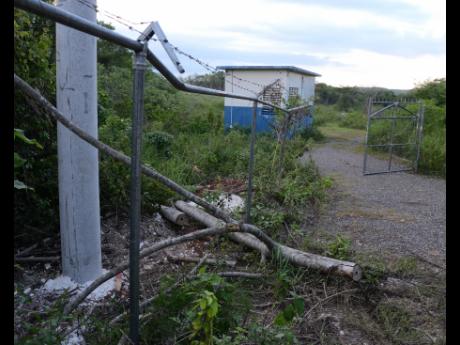 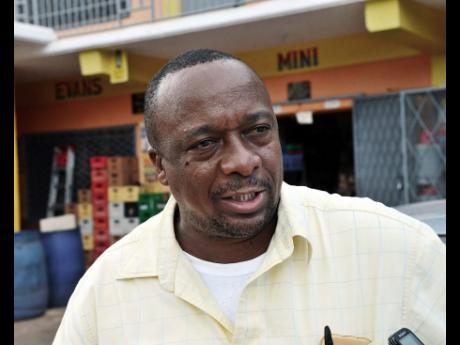 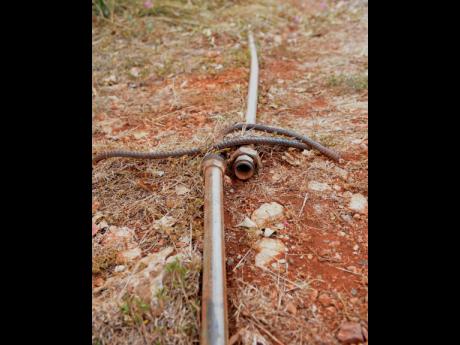 An old fire hydrant peeps out from behind a patch of wilted grass at the side of the roadway in Ballard's Valley, South East St Elizabeth. Its caps have long disappeared, but there is nothing escaping from this connection point which firefighters usually tap into to get water supply.

But this is not because of the drought.

During the 1970s, an upbeat member of parliament, Derrick Rochester, spearheaded a thrust to bring water to the community. Miles and miles of pipe were laid throughout the community. People were excited - at last, potable water would be delivered to their homes through pipes.

Those pregnant expectations are stillborn.

"Me never see water run through it yet. Me never get nuh water from it. When dem a dig it, a never tractor, a jackhammer man use a dig up di place and dem did run some pipe, but dem never put nuh water inna it," Wilbert Gayle, 68, of Tryall, told The Gleaner.

Tryall adjoins Ballards Valley and both areas, politically, fall in the Junction

Gayle recalls being in his 30s when the pipes were being laid. He said that following the laying of the pipes, persons from the National Water Commission (NWC) took the names of residents who wanted the commodity to flow into their homes by way of pipes.

"Water a fi we cry and we naah get none, and is fi years dem run dis pipe. Is over 30-odd years and water never come inna it. The only time water come inna it is when dem a test it and open the hydrant and we see water run out," he lamented.

As he spoke, one could not escape the irony of farmers in and around the community using cups of water to irrigate plants in their fields. St Elizabeth, like much of the country, is parched these days as a result of a crippling drought.

People have been buying expensive water from trucks, paying as much as $15,000 per load for irrigation and domestic purposes.

In the nearby Myersville area, residents say that a water main had been laid from 2009 but they have yet to benefit from a drop of water coming through it.

Wayne Banton explains that residents have been anxiously awaiting the completion of the first phase of the project, which would see water being pumped from a well in Long Hill to Nain.

Phase two is to be from Nain to Junction.

"It is not fair what is happening to us," Banton said, while pointing out that based on the works already done, water could easily be placed in the line for people in the Myersville area, instead of waiting for the entire project to bring it on stream.

"We have never had running water in this community," Banton said, before clarifying that alumina producers, Alpart, once provided water to the community.

The closure of the bauxite plant at the height of the recession led to a suspension in the service and some of the lines were stolen.

The NWC, through its St Elizabeth Parish Plan, concedes that there is no water supply to the Essex Valley Demand Zone, which includes Long Hill, Warmister, Content, Stephen's Run, Nain, Myersville and Essex Valley.

Leighton Smith, councillor for the Myersville division in the St Elizabeth Parish Council, noted that his division has no running water. He echoed Banton's call for phase one of the Essex Valley scheme to be put in place immediately, arguing that everything is in place for water to start flowing through the pipes.

"The drought that we are now experiencing is a rough one and the only way to ease some of the water pressure is to put phase one in service," Smith said, while arguing that there is sufficient water in well sources to support the scheme.

St Elizabeth is supplied with potable water from 21 wells, which account for 94 per cent of the total average water production for the parish.

Smith said the well for the Essex Valley system was dug in 2002 and the pipes were laid in 2010.

The NWC, responding to an Access to Information (ATI) request for information on "all water mains, pumps or wells that have been laid, installed or dug since 1995 that have not been commissioned into service", did not name either the Ballards Valley or Myersville systems.

According to the commission, "There are no significant or meaningful situations where water mains, pumps, tanks, wells or other production facilities have been installed by the NWC and have not been commissioned into service, are not in operation and/or have subsequently been discarded from permanent use.

"Water and wastewater municipal companies worldwide, as a part of their mandate to effect capital asset solutions, will from time to time develop the required infrastructure (pipelines, production and treatment sources, pumping stations, storage tanks, etc) in phases over either the short, medium or long term. In this regard, components of an overall scheme may be completed, but not commissioned into service, while same is awaiting the completion of other phases," the NWC said in a response to The Gleaner.