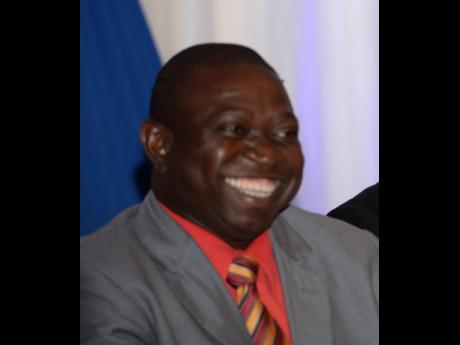 Finance Minister Dr Peter Phillips has lauded the island's teachers for agreeing to a new wage contract, bringing an end to a months-long standoff.

This means that approximately 75 per cent of public-sector workers have accepted the Government's wage offer, which will see a seven per cent increase over two years.

"It is a welcome development. I would want to commend the teachers and the leadership of the teachers' union," Phillips told The Gleaner yesterday.

The delegates of the Jamaica Teachers' Association (JTA) yesterday voted by nearly 2:1 to accept the Government's salary offer for the 2015-2017 contract period. There are some 28,000 teachers in the public service.

"What we have is an indication as to the direction that the teachers want the JTA to go, and as a result, we now have a responsibility to write to the Ministry of Finance and indicate to them that the delegates of the 51st Annual Conference of the JTA have voted and they have decided to accept the offer placed on the table," newly installed JTA President Norman Allen said in making the announcement after the votes were counted.

Under the deal, the teachers will be receiving a four per cent salary increase in year one and three per cent in year two, in addition to adjustments to some fringe benefits.

The new rates will be paid in October, and among the benefits is a $2,500-per-month increase in the book and software allowance for each classroom teacher.

"It is a difficult time for them, as it is for many other public-sector workers," Phillips said yesterday.

"It demonstrates that they are committed to continuing the programme of economic reform, which they sacrificed to get in the first instance. As the country's economic situation allows it, there will be greater and great opportunities for the benefits to be shared," he added.

Civil servants are to receive several improved benefits under the new wage agreement for the 2015 to 2017 contract period.

This is in addition to the fixed-figure increase of $48,000 to annual salaries across the public service, which will see each worker getting $4,000 per month.

Government officials and representatives of the Jamaica Confederation of Trade Unions, representing some public-sector workers, signed off on the heads of agreement on August 11 during a ceremony at the Office of the Prime Minister. That agreement covers some 50,000 employees.

An allocation of $11 billion has been set aside in this year's Budget for salary increases, and Phillips said $6 billion of that amount is for back pay and a final tranche of a one-off payment.

But amid fears of unrest among the workers, who last got an increase in their gross salaries in 2010, Phillips, in an address to the nation last month, said, "While we appreciate the demand for a higher rate of wage increases, at this time, we simply cannot afford it."

Under its economic reform programme, being overseen by the International Monetary Fund, the Government has indicated that it will reduce the wage bill to nine per cent of GDP by 2017.

The Government has included $165 billion in the 2015-2016 Budget for wages and salaries, which is four per cent higher than last year's wage bill.

Phillips said yesterday that the higher-than-expected wage agreement would mean that the Government would have to adjust its Budget to ensure that the wage target is met.

On Sunday, Phillips, speaking during a political rally in St Mary, paid tribute "to the public-sector workers who endured severe wage restraint and who have come forward and signed another agreement ... . It is an agreement that will keep Jamaica moving forward on the road to progress".