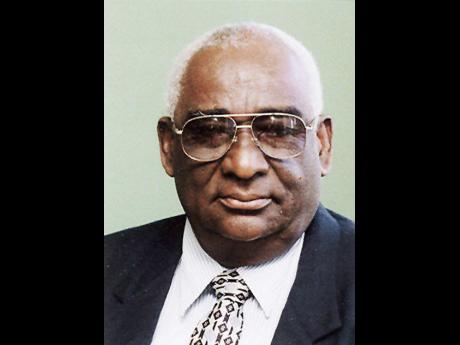 The thanksgiving service for Dr Henry James Rainford, former chairman and CEO of the Jamaica Livestock Association (JLA), will be held on Friday, starting at 9:30 a.m., at the Church of St Margaret in Liguanea, St Andrew.

Interment will be at the St John's Anglican Church in Sligoville, St Catherine.

Rainford, who died at the University Hospital of the West Indies on August 9, had been a leader in the local agricultural sector for almost 70 years.

Senator Norman Grant, president of the Jamaica Agricultural Society (JAS), of which Rainford was a member for decades, described him as global ambassador for the agricultural sector.

Through the JLA, the former chairman was able to leverage his leadership skills to ensure that profits from commercial ventures went towards the development of the livestock industry.

"He sold Jamaica in such a way that we were favourably looked at as one of the leading livestock countries in the Tropics," lifelong friend and JLA director Dr Karl Wellington told The Gleaner.

This was endorsed by Karl Samuda, opposition spokesman on industry, investment and commerce, who remembered Rainford as an astute businessman and livestock farmer.

"With his passing, the business community and the agricultural sector have lost a most dynamic and diligent contributor. Mr Rainford's contribution to the development of the local livestock industry was legendary as he was a strident advocate in that particular sector, always seizing the opportunity to champion the interests of livestock farmers," Samuda said in a release. "The Jamaica Livestock Association owes Henry Rainford a huge debt of gratitude."

Said Grant: "Jamaica's agri-culture is better because of his contribution. The JAS wishes to salute his work as one of our true heroes across the length and breadth of Jamaica."

In fact, last year, the JAS recognised the agricultural stalwart with the Denbigh Lifetime Achievement Award for long and dedicated service, his association with the annual Denbigh Agricultural, Livestock and Food Show going back 60 years, while he was involved with the JAS for 65 years.