Some targets under IMF programme could be relaxed 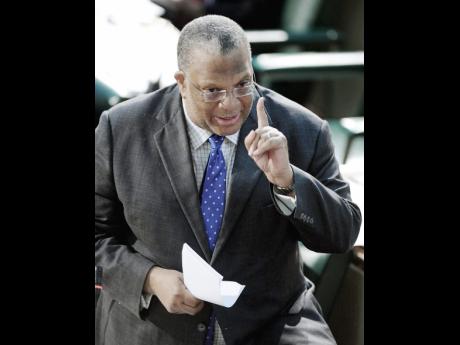 The Jamaican Government and the International Mone-tary Fund (IMF) are having discussions with a view to relaxing some of the targets under the four-year extended fund facility, Mission Chief to Jamaica Dr Uma Ramakrishnan said yesterday.

However, she would not say whether the team, which conducted the ninth quarterly review under the programme over the past two weeks, considered reducing the primary surplus from the current 7.5 per cent of gross domestic product (GDP) in the context of the recent PetroCaribe debt buyback, which helped to lower the debt-to-GDP ratio.

Ramakrishnan, who led the IMF team to Jamaica for the first time, said the mission usually reviews all targets, as well as the latest developments and how they affect the goals of the programme.

"So in that context, this review was not different," she said. "The debt reduction that was allowed by the PetroCaribe debt buy-back was indeed a positive outcome," said Ramakrishnan while addressing a press conference at the Ministry of Finance at Heroes Circle in Kingston.

Pressed as to whether any decision had been made about relaxing any specific target, she reiterated that the discussions were ongoing.

Finance and Planning Minister Dr Peter Phillips said continuing discussions were focused on the issues of whether, and to what extent, any adjustment in some of these targets can be met.

He said both the IMF and the Jamaican Government have concurred that any adjustment, should it be made following the discussions, has to be directed at growth-inducing expenditures on the capital side of the budget.

Phillips said: "There is a consideration of what exactly that means. A lot of technical issues have to be settled, and that is why the discussions are ongoing."

Ramakrishnan, in a statement on the ninth review earlier, said that "a gradual economic recovery is under way. The growth outlook is improving, although the drought is hampering agricultural recovery for the second year in a row. Growth is now projected at 1.4 per cent in 2015-16."

She said: "The recent PetroCaribe liability-management operation is an important step in reducing Jamaica's public debt," noting that the buy-back has immediately reduced the debt-to-GDP ratio by about 10 per cent of GDP.

"This proactive operation will help keep public debt on a clear downward trajectory, with debt-to-GDP now projected at 125 per cent by the end of this fiscal year," she said.

The mission chief said continued strong implementation of the Government's growth strategy was essential to support job creation and boost the economy.

"We welcome the steps taken by the Electricity Sector Enterprise Team to lock in lower electricity prices by diversifying sources of energy used for electricity generation beyond oil. There is also scope for further improvements in the business climate. Enhancing access to credit for small and medium-sized enterprises will improve financial inclusion and support private investment," Ramakrishnan said.

Consideration by the IMF's executive board is tentatively scheduled for September 2015. Upon approval, SDR (special drawing rights) $28.32 million (about US$40 million) would be made available to Jamaica.