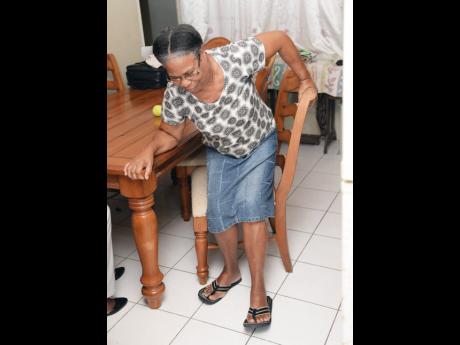 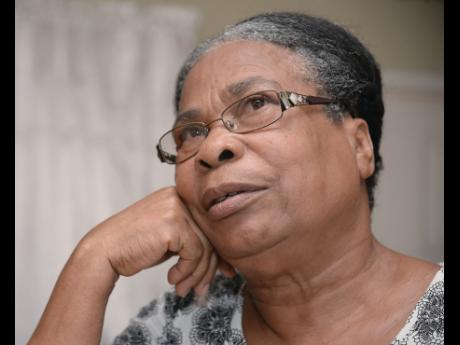 An accident while travelling on a Jamaica Urban Transit Company (JUTC) bus has confined pensioner Linnette Martin to a life of pain for the past five years, but even more distressing is the fact that the state-owned bus company has reneged on an agreement to pay her $2 million in compensation.

Martin is one of several persons who were seriously injured when the chartered JUTC bus they were travelling in fell into a precipice at Faith's Pen, St Ann, while taking them on a church trip.

The accident claimed the life of 16-year-old Jody-Ann Henry and left Martin needing to seek emergency treatment at the St Ann's Bay Hospital and later the Kingston Public Hospital.

Treating these injuries has been a costly undertaking for the pensioner who had to finance the purchase of her medications, medical examinations and trips to and from the doctor. She also had to employ the services of a bone specialist and at least three physiotherapists who assisted her to walk and move her hands again.

"Like how I am sitting here, I can't turn; it's pure pain," added the senior citizen who also has difficulties eating because her sternum was broken during the accident.

A few months after the accident, Martin sought the services of the law firm Gifford, Thompson & Bright to engage the JUTC on her behalf. Following discussions with attorneys representing the state entity, it was decided that the matter would be settled out of court with the JUTC paying her $2 million.

However, months after that agreement the JUTC failed to make the payment, prompting Martin's attorneys to again make contact with the bus company. At that time the JUTC, through its attorney, requested that it be allowed to pay the $2 million in four monthly instalments.

This was agreed to by Martin, but two years later, she is yet to receive a cent from the bus company.

Order for seizure of JUTC assets

In an attempt to get the money, Martin's attorneys turned to the court for breach of contract and were successful in obtaining an order for seizure or sale of JUTC assets to secure the $2 million.

However, after making checks, the bailiff in possession of the court order has advised that he cannot find any assets for JUTC that is lien-free for seizure or sale.

"She (Martin) has no more money left to get the care she needs and is indebted to those who have had to make sacrifices to help her over the last five years when she was severely incapacitated by the accident," explained attorney-at-law Emily Shields from Gifford, Thompson & Bright.

According to Shields, the lawyers have tried everything legally possible to get JUTC to honour the agreement and to spare the senior citizen a potentially lengthy court battle. She said endless calls have also been made to the attorneys representing the bus company.

"They would say we are still awaiting instructions from the client, and the client is trying to find money and whatever else, and that would be like months and months of calling them to see what is going on.

"Every day they don't pay, there is interest that the court has awarded against them and it is also piling up," said Shields.

When contacted last Wednesday, chairman of the JUTC, Garnett Roper, told The Sunday Gleaner that he was not aware of Martin's case, but would make some checks.

"I am simply not aware of it, and if I become aware of the specifics, I will see to it that her thing is honoured," said Roper, who became chairman in 2012.

He said several lawyers had filed claims against the JUTC following the 2010 bus accident, and the company is trying to honour these judgments.

"We have taken the approach to pay a little on each ... ," said Roper.

Less than 24 hours later, Roper said he had made his checks and the cashed-strapped company would honour the $2 million agreement with Martin.

"I intend to speak to the managing director about it, in particular, and see what we can do and what we can pay right away," said Roper.