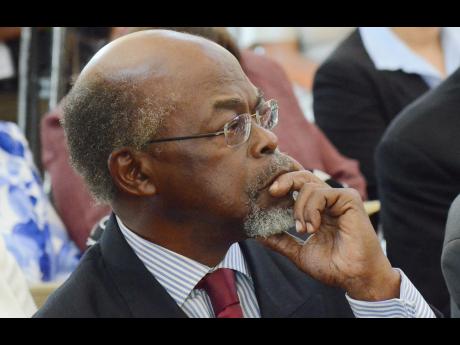 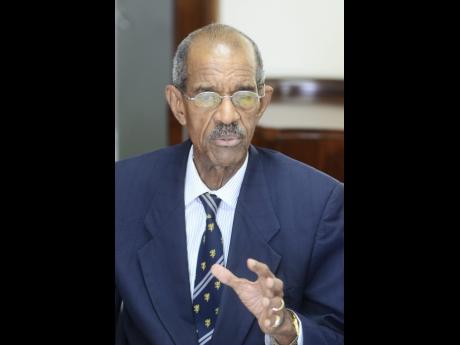 Two senior members of the local Bar accused of giving a client bad legal advice have been cleared by the Court of Appeal, which found that the contention was not supported by the material placed before it.

Former public defenders Howard Hamilton, QC, and Earl Witter, QC, were the lawyers against whom the complaint was made.

"I have always strove to advise my clients in their best interest," Hamilton told The Sunday Gleaner last week after the Appeal Court's ruling. "The judgment of the court speaks for itself."

The accusation was made by Dr Lloyd Cole, who was convicted by Resident Magistrate Georgiana Fraser in December 2011 of indecent assault on an 18-year-old female patient. The offence took place at his office on January 31, 2010.

Fraser sentenced him to do 360 hours of community service at St Joseph's Home for the Elderly.

He filed a notice of appeal on August 20, 2012 and this was set for hearing on September 29, 2014, but he filed a notice abandoning his appeal five days before the hearing.

In October 2014, he sought to have the notice of abandonment of appeal declared a nullity, stating he was improperly advised by the lawyers to abandon his appeal.

The 75-year-old doctor said, in court documents, that the lawyers told him that the resident magistrate had covered herself and that it would be easier to climb Mount Everest than to win the appeal.

According to Cole, the lawyers suggested that he should abandon the appeal and they would ensure that the matter does not become public or his name included on the list of sexual offenders.

Cole charged that the lawyers produced two documents for him to sign and he opposed signing them and insisted that his case be argued on appeal.

"Both attorneys went on to say that if I insist on the appeal being argued, there is a possibility that the sentence could be increased," said Cole, as he claimed he reluctantly signed the documents without reading them.

He said he subsequently got further legal advice and was informed that he had "strong appealable grounds". He also informed Hamilton that his new attorney-at-law, Hugh Wildman, was prepared to assist free of cost with the appeal, as he (Wildman) thought that it was an injustice.

According to Cole, when he attended court on September 29 last year for the hearing of the appeal, Hamilton and Witter, who were in attendance, showed him two sheets of paper and said his name was delisted, there would be no hearing and the matter was over.

Cole, who was represented by Wildman in his application to have his appeal relisted, had claimed that the abandonment of the appeal on the advice of Hamilton and Witter was done in circumstances based on improper advice imposed on him by the lawyers.

He said further, "Having regard to the conduct of the attorneys in having me sign the documents under pressure and on improper advice renders the abandonment of the appeal a nullity."

When the application came for hearing, in response to a request from Crown Counsel Suzette Whittingham-Maxwell, affidavits in response to the allegations were produced by Hamilton and Witter.

According to Hamilton, he had conferences and discussions with Cole and also read the transcript of the proceedings at the trial.

He said he formed the opinion that the transcript showed no meritorious or arguable grounds of appeal and he advised his instructing attorneys accordingly.

Hamilton said his instructing attorneys decided to seek the opinion of another lawyer, and Witter was briefed on the matter. He said on September 21, 2014, he and Witter met with Cole and they both advised him that they found no meritorious or arguable grounds of appeal.

They advised him of an alternative course of action, which was for him to file a notice of abandonment of appeal. Hamilton said, "Not without hesitation, the applicant accepted the opinion and advice. However, he expressed his concern over the consequences of the appeal not proceeding, let alone succeeding. He was no less concerned about the probable adverse publicity which would have resulted, his name being entered on the sexual offenders list as well as registration as a medical practitioner."

"I told him that while there were no guarantees, if his case was not actually listed for hearing by the Court of Appeal, it was possible that the outcome of his appeal might escape the eyes of the news reporters."

He also advised Cole that having regard to the resident magistrate's sentencing options, community service was very lenient.

Hamilton argued that Cole voluntarily elected not to pursue the appeal and he presented him with the form of notice of abandonment of appeal which he read and signed.

Witter, in his affidavit, confirmed what Hamilton said and pointed out that they were not surprised by the reaction or disappointment upon the receipt of what was "plain bad tidings" in relation to their opinion of his appeal.

Wildman, who represented Cole, had argued that the lawyers had given "bad advice". He further argued that the resident magistrate failed to warn herself "that it is dangerous to convict on the uncorroborated evidence of the complainant", thus rendering the conviction bad.

The Court of Appeal, comprising Justices Dennis Morrison, Mahadev Dukharan and Hilary Phillips, in considering the application, reviewed the evidence and the resident magistrate's findings and heard lengthy legal arguments from Wildman and Whittingham-Maxwell.

The judges found that Cole's contention that he signed the notice of abandonment of appeal as a result of incorrect legal advice was not supported by the material which was placed before the court.